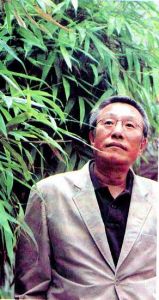 Novelist Hwang Seok-young yesterday said his political stance is moderate despite being considered a leftist writer.

Hwang accompanied President Lee Myung-bak on a two-nation tour of Central Asia, and spoke to Korean reporters in Astana, the capital of Kazakhstan.

Hwang is the first Korean artist or writer to accompany President Lee on an overseas trip.

On the ideological slant of the incumbent administration, Hwang said, "Some see it as right-wing conservative while President Lee calls it a centrist and pragmatic administration. Unfortunately, the administration lost an opportunity to establish its identity because of political unrest such as (last year`s) candlelight vigils".

"Korean political parties cannot be said to be either conservative or progressive because they are based on region, not ideology. The (ruling) Grand National Party is based in the Gyeongsang provinces and the (main opposition) Democratic Party in the Jeolla provinces".

Hwang also said, "The former (Roh Moo-hyun) administration has been called a leftist government. Given that it dispatched troops to Iraq and concluded a free trade agreement with the U.S., however, it was not a leftist government. Though called a progressive party, the Democratic Labor Party is rather a labor union since it stops short of dealing with issues on temporary and migrant workers".

"I am prepared for criticism from progressive forces. I will try to collaborate (with the administration) from a broad perspective", Hwang said, adding, "Leftist forces in both in the U.S. and Europe have significantly changed. The whole world is grappling with youth unemployment and problems with temporary workers. Traditional theories are not enough to cope with such problems".

On why he accompanied President Lee to Central Asia, Hwang said, "The president and I agree on many issues. When I talked about an idea to integrate Mongolia and the two Koreas, President Lee said he first presented the idea".