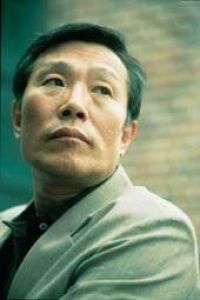 The award is given to a person who made great cultural and artistic achievements during the past year. Hwang was chosen through surveys conducted by the liquor company among journalists and consumers, who recognized his literary achievements, such as his 2007's hit novel "Baridegi". Hwang is one of the Korea's favorite writers with his ability to create stories that not only touch the hearts of those of his age, but also the younger generation. His work "Baridegi" sold over 400,000 copies last year, despite the sluggish state of the nation's publishing industry.

The 20 million won prize money will be donated to a group or organization designated by the winner. Hwang chose to donate the money to the city office of Taean in South Chungcheong Province, where more than a thousand volunteers are toiling to clean up the beaches and coasts that were destroyed by the nation's worst-ever oil spill last December.

"Novelist Wins 'Mark of Respect Award'"
by HanCinema is licensed under a Creative Commons Attribution-Share Alike 3.0 Unported License.
Based on a work from this source