November to Be Peak Season For Movie Releases 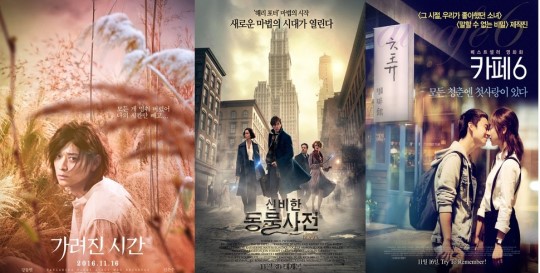 November has changed from low peak to peak season for movie releases.

The change begin with the movie, "Vanishing Time: A Boy Who Returned", featuring Gang Dong-won. The movie changed its release date to November 16, a day before the Korean SAT's. This date overlaps with several other upcoming international movies. With too much competition on the 16th, "Because I Love You", featuring Cha Tae-hyun and Kim Yoo-jung, has changed their release date to a later time.

Previously, October and November were the lowest peak for movies. This was when smaller company movies or new and interesting genre style movies usually released their movies. However, starting in 2014, many hit movies including "Inside Men" and "The Priests", the fall season has changed to prime time for movies.