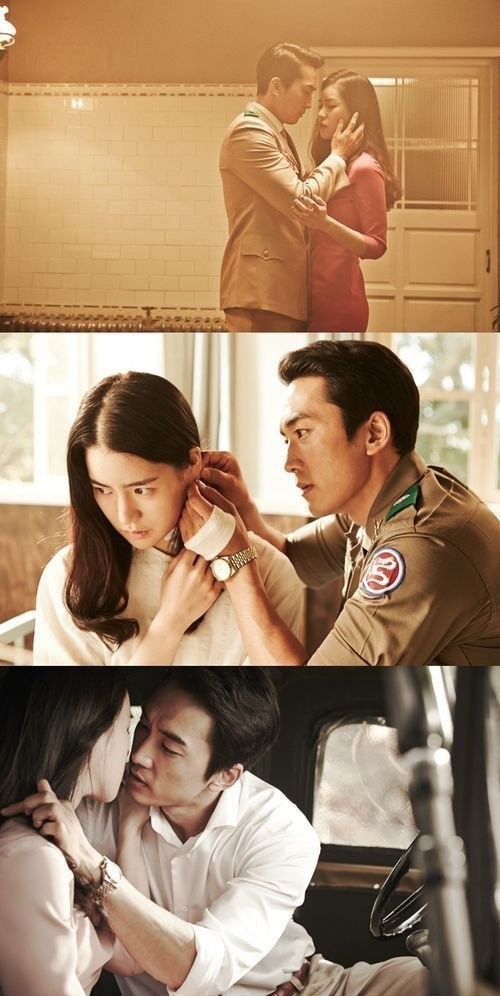 Film distributor NEW revealed still cuts from the movie "Obsessed". The two of them are tangled in risky positions.

"Obsessed" is about a secretive romance that happens in a military family housing during the Vietnam war in the year 1969. Song Seung-heon is Jin Pyeong, a war hero and elite soldier while Lim Ji-yeon is Jong Ga-heun, the wife of Jin Pyeong's subordinate Kyeong Woo-jin (On Joo-wan). To be released in May.

""Obsessed" Song Seung-heon and Lim Ji-yeon stills"
by HanCinema is licensed under a Creative Commons Attribution-Share Alike 3.0 Unported License.
Based on a work from this source