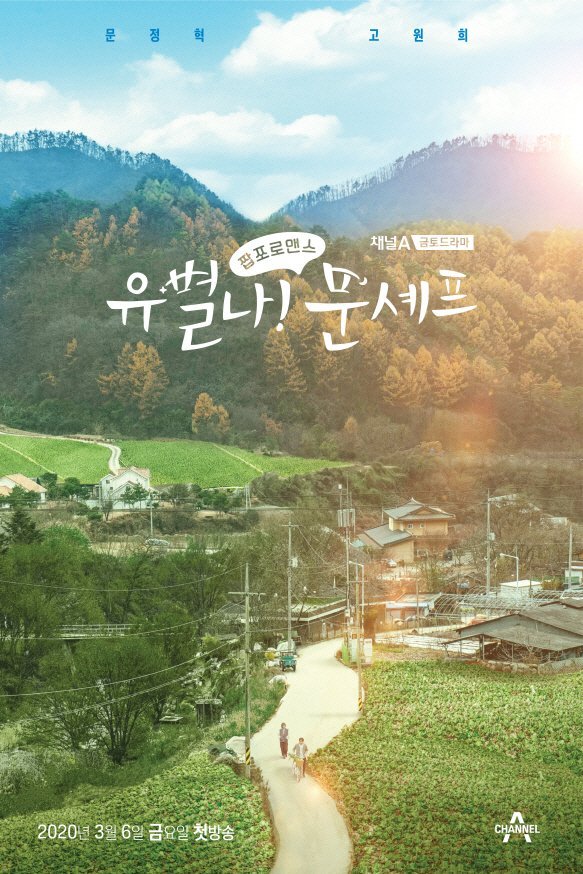 The poster for "Oddball! Chef Moon" is out.

The new Channel A Friday and Saturday drama "Oddball! Chef Moon" is a healing romantic comedy about Yoo Bella, a worldwide famous fashion designer who loses her memory and degrades into a troublemaker, meeting star chef Moon Seung-mo.

The poster features the backdrop of a picturesque countryside with Eric Mun and Go Won-hee. Eric Mun's hero is dragging along a bicycle, while Go Won-hee's heroine follows behind him, and they give off the 'healing rom-com' vibe through the imagery. The green around them is fresh and vibrant with energy.

""Oddball! Chef Moon" Eric Mun and Go Won-hee Begin a Sweet Romance"
by HanCinema is licensed under a Creative Commons Attribution-Share Alike 3.0 Unported License.
Based on a work from this source