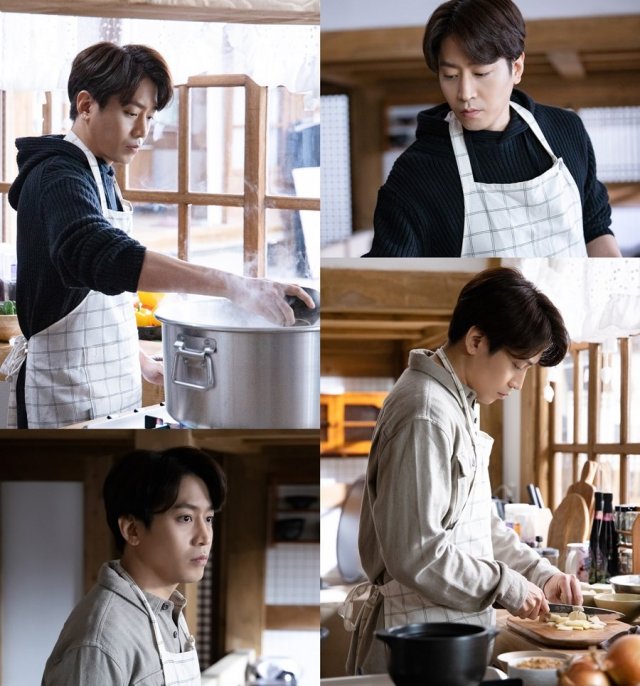 In the pictures, Eric Mun looks very focused on his cooking and synchronizes well with his character.

Eric Mun's role of Seung-mo is the only son of the famous claypot dish franchise and a worldwide star chef who cooks Korean food. He's bad-tempered on the outside, but on the inside he's warmer than anyone else.

Rom-com king Eric Mun is actually very good at cooking, so his transformation as a chef is very much looked forward to.

This March is the month that brings us "Oddball! Chef Moon".

""Oddball! Chef Moon" Eric Mun Turns into a Cook"
by HanCinema is licensed under a Creative Commons Attribution-Share Alike 3.0 Unported License.
Based on a work from this source