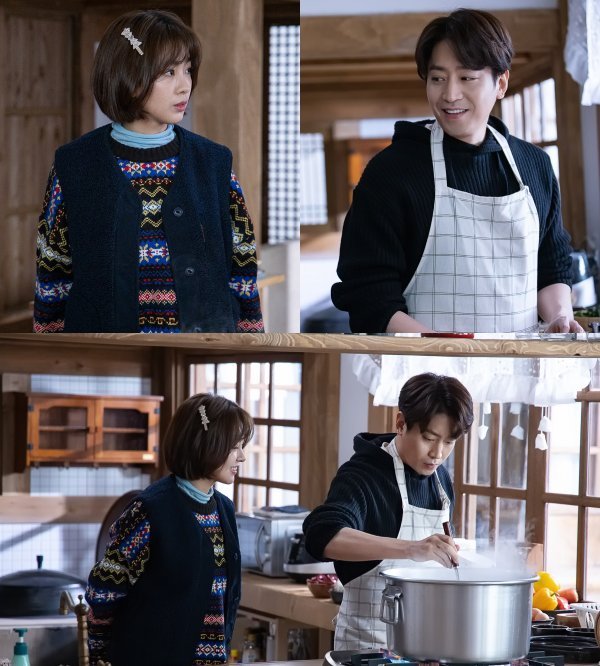 Eric Mun and Go Won-hee display chemistry that will increase the romance in the drama "Oddball! Chef Moon", the latest on Channel A.

Eric Mun and Go Won-hee take on the respective roles of a pop-up restaurant star chef who is hot-tempered, but warm-hearted, and a worldwide designer who ends up in Seoha Village.

Moon Seung-mo is seen wearing an apron and smiling brightly and Yoo Bella who is dressed down to a country girl, is watching him.

In other cuts, Moon Seung-mo is cooking with a concentrated face and Yoo Bella is smiling innocently at him.

""Oddball! Chef Moon" Releases Still Cuts of Eric Mun and Go Won-hee"
by HanCinema is licensed under a Creative Commons Attribution-Share Alike 3.0 Unported License.
Based on a work from this source