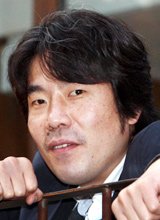 Oh Dal-soo has become the first Korean actor to attract 100 million moviegoers with a string of box-office hits, ranging from "The Thieves" to "Miracle in Cell No.7" and "The Attorney", each of which drew audiences of over 10 million.

According to the Korean Film Council, the combined number of viewers of his previous 39 films totaled 93.6 million and his latest, "Ode to My Father", had drawn 6.57 million as of Friday.

Oh appears as the best friend of the hero in "Ode to My Father", and together they experience the trials and tribulations of recent history, starting with the Korean War via the coal mines of Germany and the jungles of Vietnam.

He is set to appear in a raft of other films set for release this year.