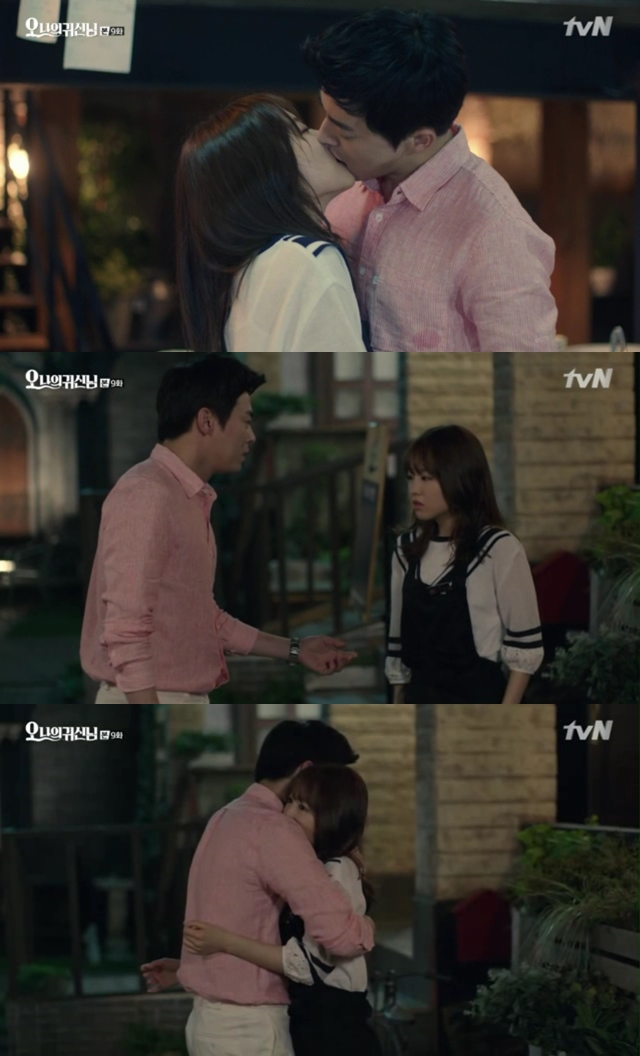 In the 9th episode of tvN's Friday-Saturday drama "Oh My Ghostess" (written by Yang Hee-seung; directed by Yoo Je-won) broadcasted on July 31st, there was a scene in which Kang Seon-woo (Jo Jung-suk) confesses his feelings to Na Bong-seon (Park Bo-young).

In the episode, Kang Seon-woo sneaks a kiss on Na Bong-seon seeing her all wet and soaking. She was startled not only because of the kiss but the fact that the virgin ghost that had been possessing her body got thrown out of her body at that moment. He says to her "I am also a little confused that I'm acting this way but I think this is real. The great Kang Seon-woo likes you!"

At that specific moment, she starts to get the hiccups and he dashingly grabs her to him and says "I'm not sure when it started. It maybe because you were so aggressive from the start. What is clear is that I want to see your face whenever you are not around".

""Oh My Ghostess", Hearts beat faster as Jo Jung-suk confesses to Park Bo-young"
by HanCinema is licensed under a Creative Commons Attribution-Share Alike 3.0 Unported License.
Based on a work from this source