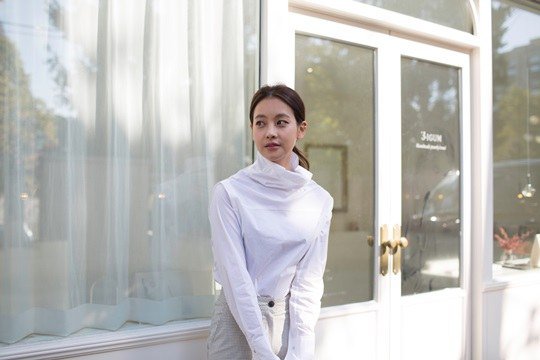 "Jang Bo-ri Is Here!" came close to 40%. The script, the lines, and even the fashion was a great hit in this drama and it's already earned itself a prize at the end of the year.

The following drama must be under a lot of pressure. About this, Oh Yeon-seo said, "The crew for "Rosy Lovers" is the same as "Oh Ja-ryeong is Coming". I know them all and I support them".

"I've become good friends with Han Sunhwa since the end of "We Got Married". We live close by and see each other often".

About Lee Jang-woo, Oh Yeon-seo said, "We don't meet too often, but when we do, we ask of each others' well being and show support for each other".

"Oh Yeon-seo, best friends with Han Sunhwa"
by HanCinema is licensed under a Creative Commons Attribution-Share Alike 3.0 Unported License.
Based on a work from this source