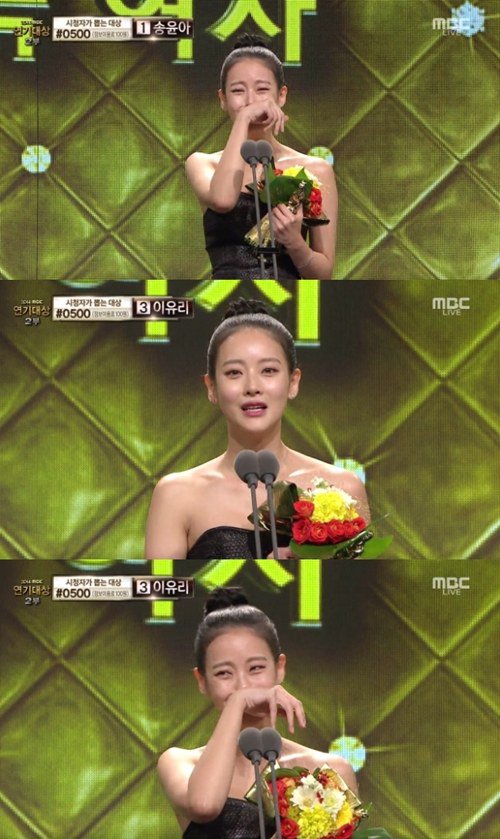 Oh Yeon-seo was given the honor of taking home the MBC Drama Awards Best Actress Prize.

For her speech, Oh Yeon-seo said, "I didn't imagine I would be standing here. Thank you, the writer and producer of the drama who made me Bo-ri. I have parents but not a daughter but Bo-ri had a daughter and no parents. It was pressuring but if it wasn't for the people around me, I wouldn't have been able to do it".

"I am grateful to my agency too. Thank you, mom and dad for having me and letting me act".

Oh Yeon-seo starred in the MBC weekend drama "Jang Bo-ri Is Here!" as the leading female. She became a country girl with a strong dialect and mesmerized the whole nation.

"Oh Yeon-seo, "Jang Bo-ri was tough""
by HanCinema is licensed under a Creative Commons Attribution-Share Alike 3.0 Unported License.
Based on a work from this source