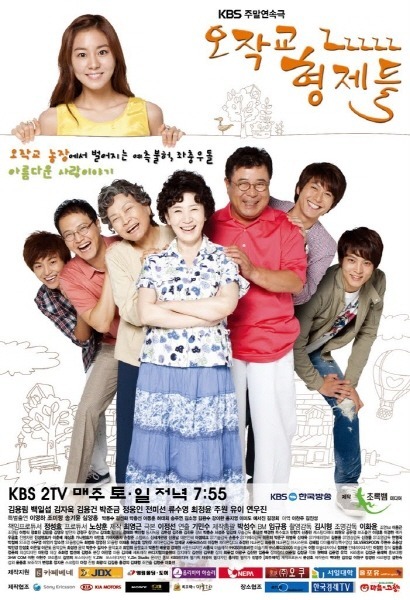 According to AGB Nielsen Media Research on the 14th of November, the November 13th episode of "Ojak Brothers" rated 30.2%. This is 6.3% more than the previous episode.

Therefore, not only does "Ojak Brothers" have the top ranking, it is moving along well with its high viewer percentage.

On this day, Mi-sook scolded Tae-sik (Jung Woong-in), who tried to commit suicide after Ye-jin (Yoon Joo-hee) broke off her marriage with him.

""Ojak Brothers" catches 30% of viewers"
by HanCinema is licensed under a Creative Commons Attribution-Share Alike 3.0 Unported License.
Based on a work from this source