Ok Taecyeon To Appear with Kim Tae-hee in Japanese Drama 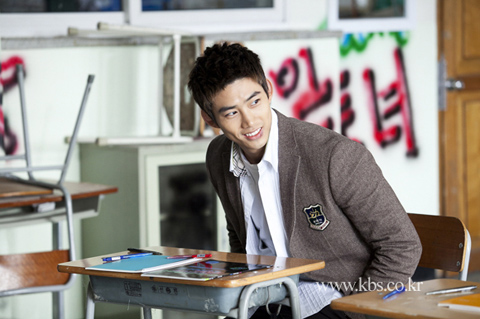 Ok Taecyeon of the star Hallyu group 2PM will appear in the Japanese Fuji TV drama "99 Days with Me and My Star", in which actress Kim Tae-hee has been cast as a female protagonist. Ok Taecyeon's agency, JYP Entertainment, said on September 29, "Ok Taecyeon has been cast as a mysterious man who tries to approach Kim Tae-hee in '99 Days with Me and My Star', and he has begun participating in filming".

"99 Days with Me and My Star", which will begin airing from October 23, is a romantic comedy drama that Japanese Fuji TV has scheduled to broadcast during prime time on Sundays at 9 pm. It will portray a secret romance between star Korean actress Han Yoo Na (Kim Tae-hee) and her bodyguard (Nishijima Hidetoshi) who has to protect her as a contract bodyguard for 99 days while she stays in Japan. Ok Taecyeon will play a role of gloomy and mysterious character named Tae Sung. He has been living in a situation where he always has to give up his dreams due to his poor environment, and he has a huge secret that has been kept secret from everyone. The agency said, "Tae Sung's hidden secret will be a very important element in the drama as it greatly affects the two protagonists' lives and a member of the paparazzi (Kaname Jun), and it will drive the important storyline of the drama".

Ok Taecyeon debuted as an actor with his appearances in the dramas "Cinderella's Sister" and "Dream High".