"Okja" Bong Joon-ho, "I wanted to make a movie regardless of people and culture" 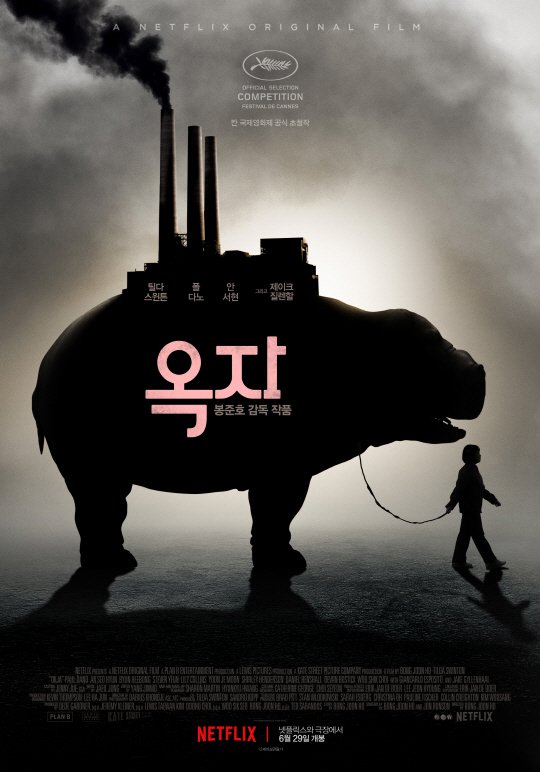 Bong Joon-ho's "Okja" was invited to the 70th Cannes International Film Festival and is an issue in Korea for being a unique movie. The making footage with an interview by Bong Joon-ho came out.

"Okja" is the tale of a massive animal named Okja and a girl who was brought up in the mountains of Kangwondo.

The production and original story-telling of the movie has the whole worlds attention and it's a collaboration between Bong Joon-ho and Netflix.

The making of "Okja" consists of interviews by the director and the cast.

Bong Joon-ho explained, "I once saw a big animal on the road while I was driving by. It looked shy and timid and I thought I'd like to make a movie about such an animal". In the making, he is seen passionately speaking to Ahn Seo-hyeon, the little girl and Hollywood actress Tilda Swinton in the movie.

Ahn Seo-hyeon in the role of Mi-ja, climbs down steep mountains and throws herself out of a car for Okja.

Tilda Swinton interviewed, "Okja and Mija's story is the best love story of all. I feel Bong Joon-ho's humor and Korean side is reflected in the movie".

The movie was taken in Kangwondo, New York and even Canada.

"Okja" is being released on the 29th of June, worldwide in 190 different countries through Netflix.

""Okja" Bong Joon-ho, "I wanted to make a movie regardless of people and culture""
by HanCinema is licensed under a Creative Commons Attribution-Share Alike 3.0 Unported License.
Based on a work from this source