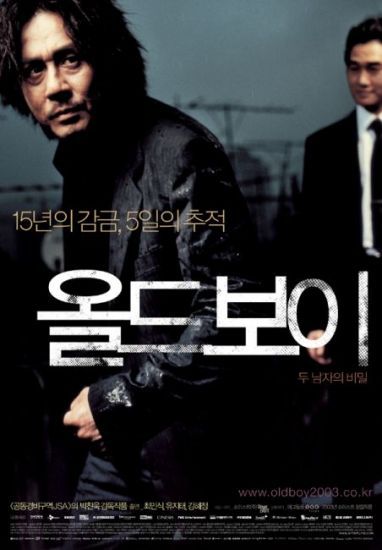 The Park Chan-wook-helmed pic was ranked at No. 38 on the "100 best films of the noughties" list by the Guardian. The top three movies on the list were "There Will Be Blood" (2007, starring Daniel Day-Lewis), "Borat: Cultural Learnings of America for Make Benefit Glorious Nation of Kazakhstan" (2006, starring Sacha Baron Cohen) and "Mulholland Drive" (2001, directed by David Lynch).

"Old Boy", which stars Korean actors Choi Min-sik and Yoo Ji-tae, is about a man who is locked in a hotel room for 15 years without knowing why. He plots revenge upon his release and finds himself trapped in conspiracy, violence and falling in love with an attractive young chef.

The movie has received high praises from critics since its release in 2003 and won the Grand Prix at the 2004 Cannes Film Festival.

Other Asian movies on the list were; Taiwan's "What Time Is It There?" (at No. 19, directed by Ming-liang Tsai), "One and a Two" (No. 22, Edward Yang), Japanese animation "Spirited Away" (No. 41, Hayao Miyazaki) and the Academy Award-winning film "Crouching Tiger, Hidden Dragon" (No. 45, Ang Lee).

""Old Boy" selected top 100 films of the decade by The Guardian"
by HanCinema is licensed under a Creative Commons Attribution-Share Alike 3.0 Unported License.
Based on a work from this source