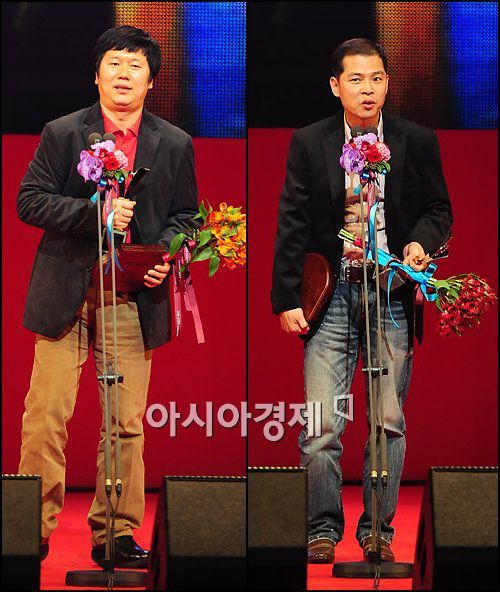 "Partner" also took the prize for best movie poster at the annual event, which hands out its awards based on a survey on movie fans. A total 753,277 people participated in the survey conducted from January 5 through February 2 this year.

The acclaimed indie film -- which attracted over three million viewers in Korea during its limited theatrical release -- is about an old farmer couple and their lifelong friendship with an old partner, a 40-year-old ox.

Veteran actress Kim Hye-ja was named best actress for her role in "Mother - 2009" after receiving the most number of votes (210,999 votes) by Korean moviegoers.

"Winning this award is incredibly significant because it's based on selection by the audience who love film and enjoy watching movies", the actress was quoted as saying at the ceremony. "My heart feels consoled after receiving an award from the viewers. I am grateful because I got to know my real self after meeting director Bong Joon-ho".

The male cast of the hit flick "Take Off" swept the trophies in the categories for acting -- Ha Jung-woo won the title for best actor while his co-stars Sung Dong-il and Kim Dong-wook were named best supporting actor and best new actor, respectively.

Ha too thanked the fans and director Kim Yong-hwa, and commented that he wanted to "share the joy with my co-stars".

The award for best director went to filmmaker JK Youn of the last summer's biggest blockbuster "Haeundae". Other winners of the night included "Breathless", which was named best independent film and Hollywood blockbuster "2012", which won the prize for best movie trailer. 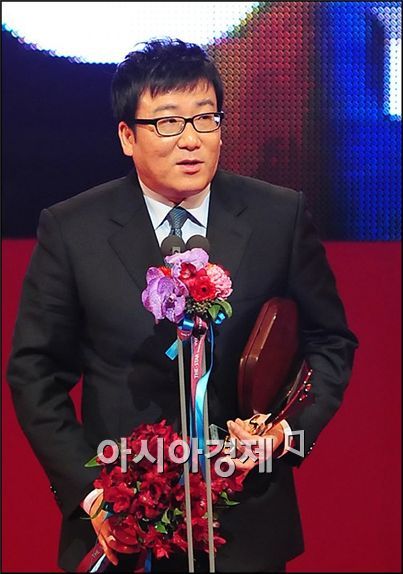 Director JK Youn gives an acceptance speech at the 7th Max Movie Awards held at the COEX Auditorium in Seoul, South Korea on February 9, 2010. He won the title of best director at the event for his mega-hit blockbuster "Haeundae" last year. 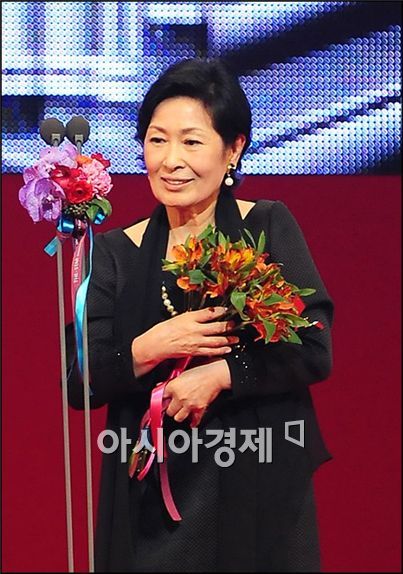 Actress Kim Hye-ja gives her acceptance speech at the 7th Max Movie Awards held at the COEX Auditorium in Seoul, South Korea on February 9, 2010. She won the title of best actress at the event for her role in 2009 film "Mother - 2009". 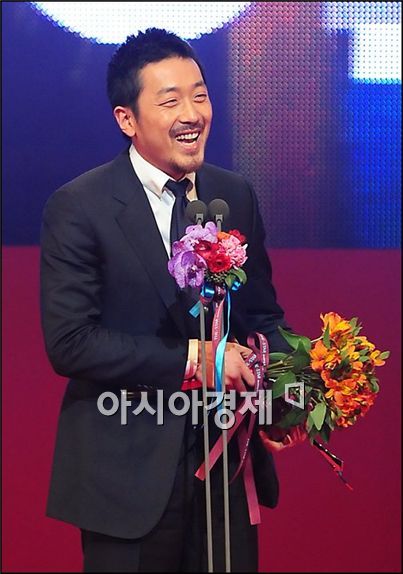 Actor Ha Jung-woo gives his acceptance speech at the 7th Max Movie Awards held at the COEX Auditorium in Seoul, South Korea on February 9, 2010. He won the title of best actor at the event for his role in hit film "Take Off" last year.

""Old Partner" wins Best Picture at Max Movie Awards "
by HanCinema is licensed under a Creative Commons Attribution-Share Alike 3.0 Unported License.
Based on a work from this source