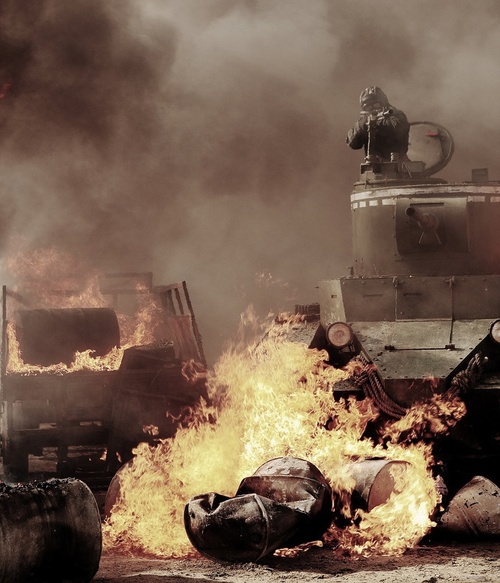 Film Business Asia reports that production is "some 40% through" on the epic war movie "My Way" from acclaimed director Kang Je-gyu ("Shiri", "Taegukgi"). The publication describes Kang as "one of the trailblazing directors of Korean cinema's modern revival".

Budgeted at 30 billion won, "My Way" is based on a true story set during World War II and is scheduled for release in December.

In a recent interview with the JoongAng Daily, the director was asked as to what drew him to the story. He replied:  "An ordinary man is thrown against his will into a tumultuous period of history and it seems like he would be overwhelmed – but he survives. I really wanted to investigate what saved him from his painful personal history, things like his dreams and his strong instinct to survive".

Kang Je-gyu also mentioned that his return to the war genre was motivated by his hope that "my film will change people's mindset about war".

For the full  interview, please go to: http://joongangdaily.joins.com/article/view.asp?aid=2931264