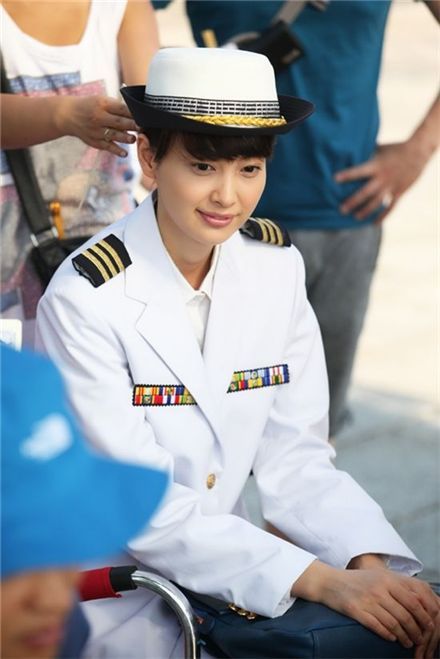 On-set photos of Korean actors Daniel Henney and Lee Na-young from their Japan shoot for upcoming blockbuster TV series "The Fugitive Plan B" have been revealed.

In the photos released by the show's producers on Thursday, the two actors recently shot a scene for the romantic comedy-intelligence drama at the Port of Yokohama in Yokohama, Japan.

Playing the role of a mysterious woman named Jin-yi, actress Lee is seen wearing a simple, white cruise stewardess uniform while Henney is clad in a sophisticated semi-casual outfit as a shipping tycoon who falls in love with Lee's character.

"The Fugitive Plan B", about a hefty sum of money popping up sixty years after it disappeared in times of the Korean War, boasts a star-studded cast led by Korean entertainer Rain and including Lee Jung-jin, Gong Hyung-jin, veteran Japanese actor Takenaka Naoto, J-pop singer Uehara Takako and Hong Kong star Eric Tsang.

The series will be directed by noted television producer Kwak Jeong-hwan and written by Cheon Seong-il, the creative duo behind the hit TV series "The Slave Hunters" (KBS) earlier this year.

The shoot at the famous Japanese port attracted a huge group of local fans who gathered around to watch the Korean actors.

Lee, 31, first rose to stardom with TV series "Ruler of Your Own World" (MBC, 2002) and has since starred in several notable films such as "Please Teach Me English" (2003) and "Maundy Thursday" ("Our Happy Time", 2006) and "Someone Special", for which she won best actress at the 25th Blue Dragon Film Awards.

Henney, 30, was born in Michigan to a Korean-American mother and an American father of British descent. He made his debut in the Korean entertainment business as a model and gained fame appearing in television commercials alongside top Korean actresses Jun Ji-hyun and Kim Tae-hee.

He became a phenomenon around the country after appearing in the hit TV series "My Name is Kim Sam-soon" (MBC, 2005) and made his Hollywood debut last year in the Hugh Jackman action pic "X-Men Origins: Wolverine". He also scored his first gig on a U.S. television drama "Three Rivers" (CBS), which was cancelled after eight episodes due to low ratings.

"The Fugitive Plan B" will premiere in Korea around late September. 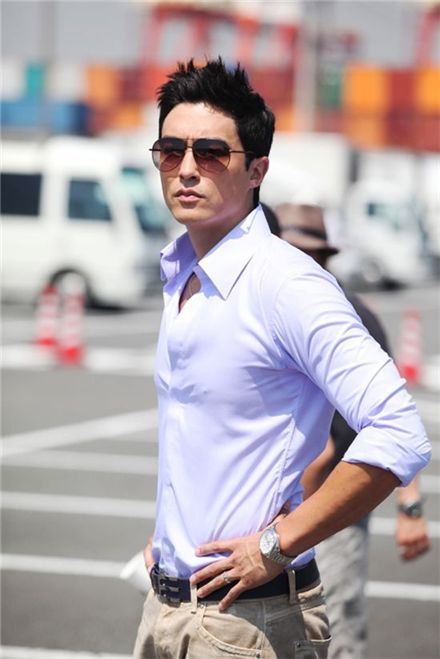