One of Asia's Largest Film Fest Kicks Off in Busan 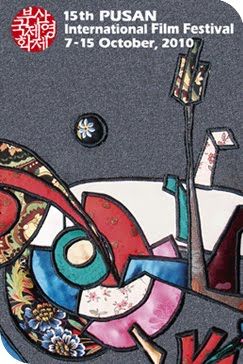 We begin today in Busan, Korea's largest port city located on the southeasternmost tip of the country where the 15th Pusan International Film Festival kicked off on this Thursday.
Top names in the film industry from around the world are gathered for the grand ceremony and now we are joined by our Jang Ji-yun who is on location at the Suyoungman Yacht Marina covering the event.
Hello, Ji-yun!
What's it like down there[Reporter : Jang Ji-yun] Hi you guys!
It was absolutely crazy down here.
Although it is quiet now, if you can see over my shoulders back here, just a few hours ago this area was flooded with screaming fans.
Most of the people have now finished watching the opening film "Under the Hawthorn Tree" directed by Chinese filmmaker Zhang Yimou and are heading back home.
I know it's kind of hard to believe, but let me tell you, about two hours ago, that area there behind me was where world renowned stars like Juliette Binoche, Tang Wei and Korean actors, Won Bin, Jeon Do-yeon and Jung Woo-sung walked down the red carpet.
Take a look.

Asia's most prestigious film event, the Pusan International Film Festival, raised its curtains Thursday night at the Suyoungman Yacht Marina in Korea's southeastern port city of Busan.
From domestic stars to international celebrities more than a hundred actresses, actors and filmmakers strutted down the red carpet amid screaming fans.

[Interview : Huh Nam-sik, Busan Mayor] "I hope all of you can find the beauty of movies here at Busan. I hereby declare the opening of the 15th Pusan International Film Festival!"

This year international VIP guests include American filmmaker Oliver Stone who's here to promote his new release "Wall Street: Money Never Sleeps" and French actress Juliette Binoche, who was personally invited by the event's executive chairman Kim Dong-ho, as well as American actor Willem Dafoe, who is here to promote his latest project "A Woman".
On the domestic front "Queen of Cannes" Jeon Do-yeon has been invited as a guest at the festival's special section, Cinema Today Panorama, where her recent film "The Housemaid - 2010" will be screened.
And other celebs here to light up the event included Won Bin, Jung Woo-sung, Hyun Bin and Son Ye-jin.


[Interview : Chee Su-ji, Student] "I came because I love movies. I also look forward to seeing many celebrities".

The region's biggest, glitziest celebration of cinema officially kicked off with magnificent fireworks and the screening of Chinese director Zhang Yimou's new romance epic "Under the Hawthorn Tree", a touching love story set during communist leader Mao Zedong's disastrous Cultural Revolution in the 1970s.
Zhang Yimou gained international fame after directing the opening ceremony of the 2008 Beijing Olympic Games.
Many say the film marks Zhang's return to the art-house genre after such commercial attempts as "Curse of the Golden Flower" and "A Simple Noodle Story".
But what's special about this year's event is that it will feature 308 films from 67 countries with a record number of international and world premieres.
Those falling under the category of international premieres are movies that will be shown outside of their home countries for the first time and world premieres are those making their debut at PIFF.
Also worth noting this year is festival director Kim Dong-ho's resignation.
Kim who has been at the helm of the festival since its inception in 1996 announced his resignation earlier last month saying this year's event will be his last.

Alright, Jiyun. Looks like a lot of fun! Until when does the festival run[Reporter : reporter] Good question! The Pusan International Film fest will close its curtains with "Camellia" a three-part film shot in the festival's host city Busan, by directors from Korea, Japan and Thailand on October 15th.
So, Che-ry and Devin, don't worry, there's plenty of time left for you two to make your way down here and check out works by some of Asia's up-and-coming directors.

We will make sure to do that over the weekend.

Well, take care and don't have too much fun without us! We'll see you back here in Seoul soon.
That was our Jang Ji-yun reporting live from Busan.

"One of Asia's Largest Film Fest Kicks Off in Busan"
by HanCinema is licensed under a Creative Commons Attribution-Share Alike 3.0 Unported License.
Based on a work from this source