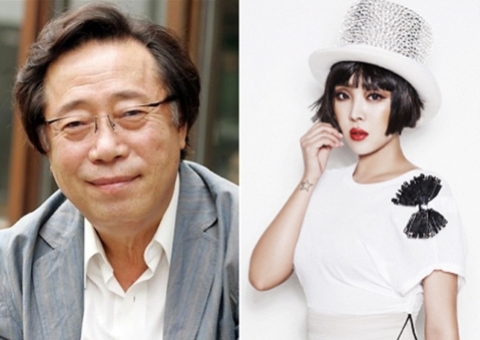 According to Contents K, they have landed in the roles of match making gods.

Narsha is a female seer. She hides the fact that she is one and shows off her sexiness and fashion style.

Byun Hee-bong is an old man who match-makes couples to get married. He holds the fate of Shin Hyun-joon and Kim Jung-eun. He is also going to gives advice to them that will help everyone in the country.

These two make Shin Hyun-joon and Kim Jung-eun fall into different situations the way they want it. At the same time, they will give the viewers a chance to re-think about love between married couples.

Meanwhile, "Ooh La La Couple" is a family comedy that makes us think about the meaning of family and will be aired after "Haeundae Lovers" on the 8th of October.

""Ooh La La Couple" Byun Hee-bong and Narsha "
by HanCinema is licensed under a Creative Commons Attribution-Share Alike 3.0 Unported License.
Based on a work from this source