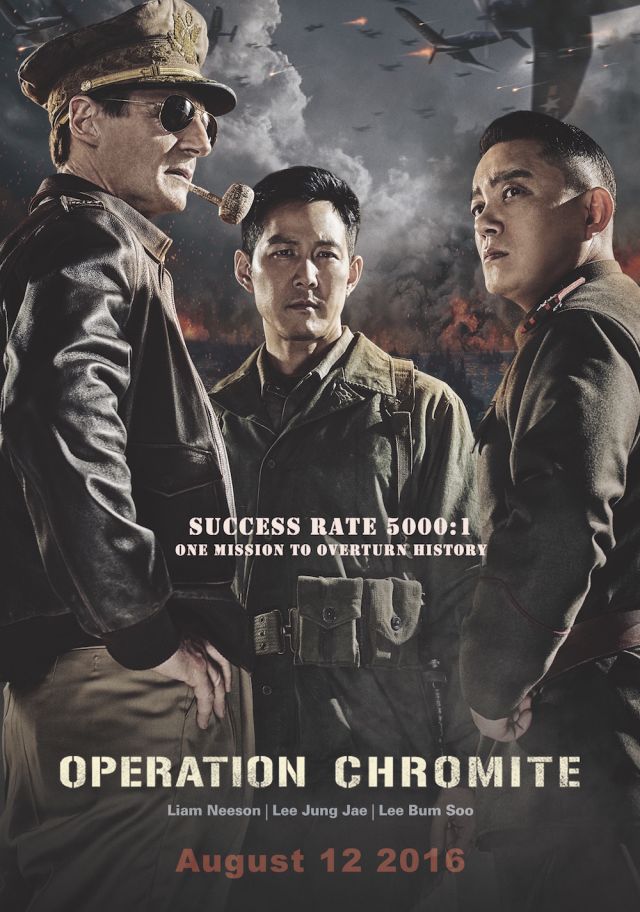 From Taewon Entertainment, "Operation Chromite" tells the true story of the heroes whose lives were sacrificed in order to turn the tide of the Korean War. Liam Neeson stars as General MacArthur, who led the attack against the North Koreans in the Battle of Incheon, forcing them to retreat out of Seoul.

"Operation Chromite" is directed by John H. Lee ("The Third Way of Love", "71-Into the Fire", "Sayonara Itsuka" and "A Moment to Remember") and is produced by Jeong Tae-won (the upcoming film "Monstrum", "Triangle - Drama", "71-Into the Fire" and "IRIS"). In addition to Liam Neeson, "Operation Chromite" also stars Lee Jung-jae as South Korean Captain Jang Hak-soo ("The Assassination", "The New World", "The Thieves" and "The Housemaid - 2010"), Lee Beom-soo as North Korean Commander Lim Gye-Jin ("The Divine Move", "IRIS 2" and "The City of Violence"), and Jin Se-Yeon as Han Chae-sun ("Enemies In-Law" and "Doctor Stranger").