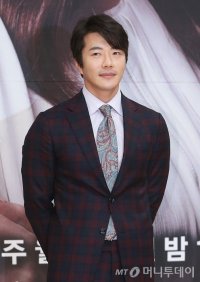 An orchid at the National Orchid Garden in Singapore has been named after actor kwon Sang-woo, who attended the naming ceremony on September 4.

Kwon received a naming certificate from the Singaporean tourism minister and attached a label with his name to a violet orchid of a new species.

The naming ceremony was originally planned to be opened to 100 fans, but more than one thousand fans from Asian countries flocked to the venue to see their favorite actor.

Some 13,000 Singaporean fans attended Kwon's fan meeting at The Face Shop of the IMM Mall in Singapore on September 3, causing severe traffic congestion in the city-state.