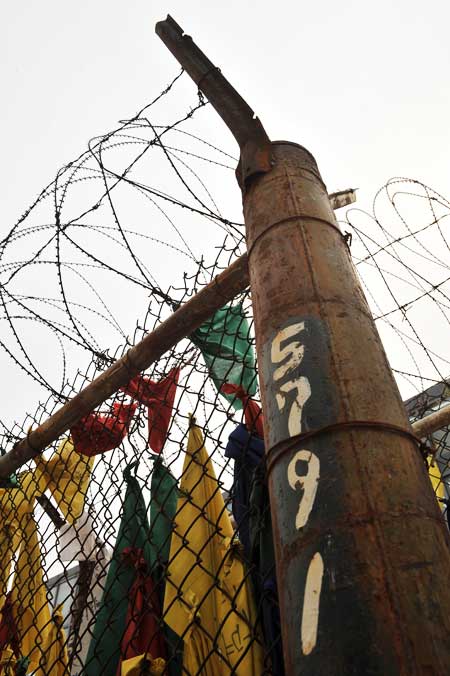 A film festival set near the Demilitarized Zone (DMZ) separating the two Koreas hopes to become a channel of communication with North Korea one day.

"The DMZ Festival promotes peace, coexistence and reconciliation. The DMZ has great significance as a cultural and natural heritage site, but it is also a venue that represents pain for all of us. I hope that it becomes a channel for communication, including even with North Korea one day", Cho Jae-hyun, director of the DMZ Korean International Documentary Festival (DMZ Docs), told The Korea Times in a recent interview in Seoul.

Best known as a prolific actor in films such as Kim Ki-duk's "Bad Guy", Cho has been involved in DMZ Docs since its inception in 2009. 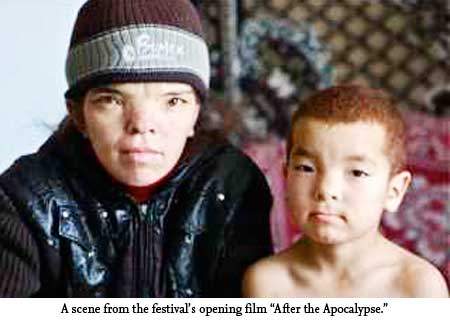 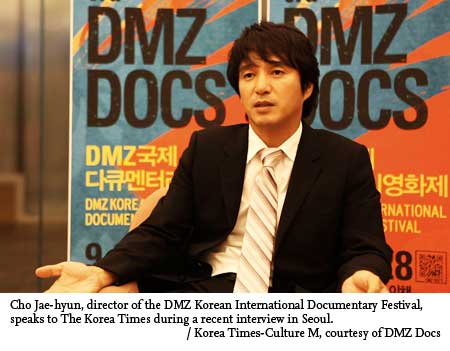 "Acting is my priority, but I thought I had to (get involved) if my talent and skill proved to be of use in the very least", he said.

The third edition of the event, which opens Thursday, invites another actor, Yoo Ji-tae ("Old Boy"), as its new co-festival director.

During a press conference late last month, Yoo said he was honored to be a part of the event and hopes the festival brings more attention to the overlooked documentary genre.

This year's event will show 101 documentary films from 30 countries during its weeklong run until Sept. 28 in Paju, Gyeonggi Province,

It will open with British director Antony Butts' "After the Apocalypse", a harrowing documentation of a woman living near a "polygon" or test site for nuclear weapons bordering Russia and Kazakhstan. Having been exposed to radiation she is advised to undergo a test to see if her unborn child is healthy.

The winner of the international competition section will close the festival.

Organizers said they received a record 430-plus number of submissions this year that touched upon various topics such as radiation, extremist religiosity, war, human rights, family, disease, labor and education. Of these 13 are vying for a cash prize of 22 million won.

"At first people were unfamiliar with it, but now that the festival is already in its third year, many people in the international film festival circuit are talking about this documentary festival in Korea, how there is such an event being held in the DMZ area", said Cho.

"I feel very proud that the festival is becoming increasingly recognized and I promise to help DMZ Docs grow into Asia's representative documentary festival".

Out-of-competition films introduce films from around the world that are geared for not only adult audiences but children as well.

"The DMZ symbolizes the painful memories of war and is rather limited to the geographical confines of Gyeonggi Province", said the festival chairman and Gyeonggi Province Governor Kim Moon-soo.

"But I hope it will be rediscovered as a place of reconciliation and exchange on the Korean Peninsula and in the world".

For more information about the festival, visit www.dmzdoc.com.