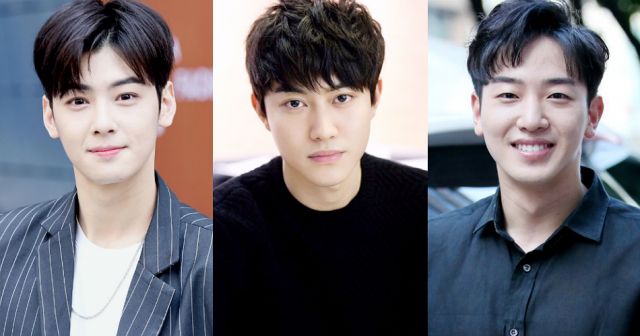 Don't you just love it when the news is a jumbled mess? According to an exclusive bit of it, actors Cha Eun-woo, Kwak Dong-yeon and Lee Tae-sun might join Im Soo-hyang for this tale of finding one's own true beauty called "My ID is Gangnam Beauty".

Some news state either or both leads as confirmed, while their agencies have stated that they are still considering. Kwak Dong-yeon's agency has stated something similar, saying that the project is being reviewed by him positively. Lee Tae-sun has made the same comments.

Up for the heroine who discovers that plastic surgery does not magically fix one's life is Im Soo-hyang, who is also still considering her role. The actor has her hit and misses for me, but I can't say I'm feeling good about Cha Eun-woo as a lead. An idol actor with very little work on his resume leading what is supposed to be a challenging story about discovering self-worth spells trouble, in my experience.

Directing is PD Choi Seong-beom ("Orange Marmalade", "Bolder By the Day") and writing is Choi Soo-yeong of "Sly and Single Again" and "Pure Love". I do like "Sly and Single Again", so that is a plus for me. "My ID is Gangnam Beauty" will be airing on jTBC, so we're currently waiting on casting news and a release date.