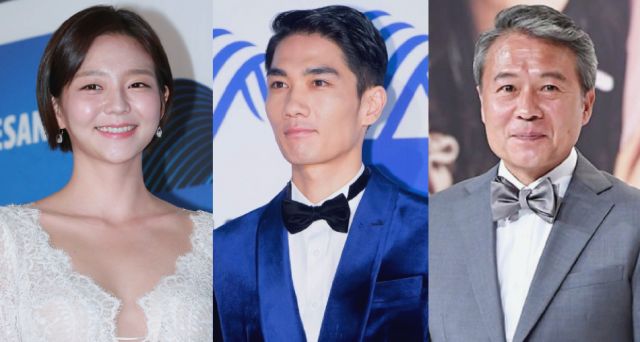 In the words of "Save Me" antagonist Kang Eun-sil (Park Ji-young), "Our wishes will be fulfilled. I believe it". OCN's upcoming sequel/spin-off of the drama, "Save Me 2", is eying Esom, Um Tae-goo and Chun Ho-jin for the roles of its new leads, and all three actors are currently reviewing their offers.

"Save Me 2" is the story of villagers whose lives fall into disarray due to pseudo-religion. The drama is planning a release in the first half of this year, but some of the information from this point forward lies in the grain-of-salt territory, since the news is conflicting, and we have very few pieces out on the topic. That being said, let's take a look.

"Save Me 2" will reportedly aim to realistically portray the ways in which ordinary people are lured into cults due to feelings of uncertainty, fear and anxiety. It will show the shameless, meticulous manipulation of fake religious figures who appear genuine, and the fight against false accusations of the thugs who appear disingenuous, but know the truth.

According to some of the coverage, Esom is up for Kim  Yeong-seon, an opinionated and tenacious woman who believes that the fake is real. In Yeong-seon's eyes, the most suspicious person is Kim  Min-cheol (Um Tae-goo), who enters her life as her new step brother.

Kim  Min-cheol is reported as a man who can't stand injustice, and has a pair of fists ready to immediately engage it upon sight. Although he is the one who uncovers the cult's true nature, no one in the village believes him, because he also happens to be its most notorious thug.

Chun Ho-jin is said to have been offered the role of the fake pastor, Choi  Kyeong-seok, who appears benevolent and amiable. He is an approachable, charming middle-aged man who makes others feel instantly at ease, hiding his secrets well below the surface. I do feel at ease, series, and I will wait and hope for these offers to become confirmations.