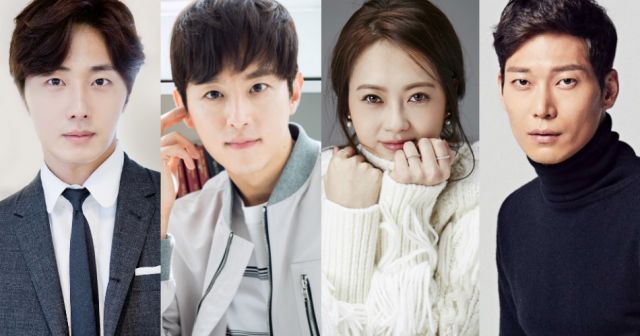 "Haechi", which previously courted Go Ara, has now found its main cast in Jung Il-woo, Kwon Yool, the aforementioned Go Ara and Park Hoon. "Haechi" is a fusion historical series about a group of heroes trying to reform the Saheonbu, the Goryeo and Joseon equivalent of modern day's prosecutors' office, through the format of a pleasant adventure.

The title draws its inspiration from a chimera-like creature considered a symbol for justice, and distinguishing good from evil. The three characters are as previously described, and we have a new addition. Our heroes are Prince Yeoning, also known as Lee Geum, Park Moon-soo, who is preparing for the state exam, thug Dal-moon and Saheonbu damo (female police officer) Yeo Ji.

Jung Il-woo's Lee Geum is was born to a musuri, a female slave in charge of menial house chores, and is therefore not considered as ideal royalty. He is a cool-headed natural genius, but he's also useless. Kwon Yool's Park Moon-soo may be a noble man, but he was born into a house considered to be among the weakest of its fraction. He's a passionate young man who sincerely believes that society's top figures should only hold a sword to defend those weaker.

Go Ara's Yeo Ji is a capable damo who hates being discriminated against for being a woman. She is skilled in martial arts, and she's the best investigator in the organization, doing things like undercover work and infiltration with ease. Park Hoon is Dal-moon, the head of a gangster organization, and a well-known figure of Hanyang's underbelly due to his formiddable skills.

This sounds like a potentially fun tale of a misfit group fighting for justice, and I'm really liking the cast for this sort of an adventure. Although we don't have a definite release schedule at the time, "Haechi" will reportedly be out sometime in the first half of 2019 on SBS.