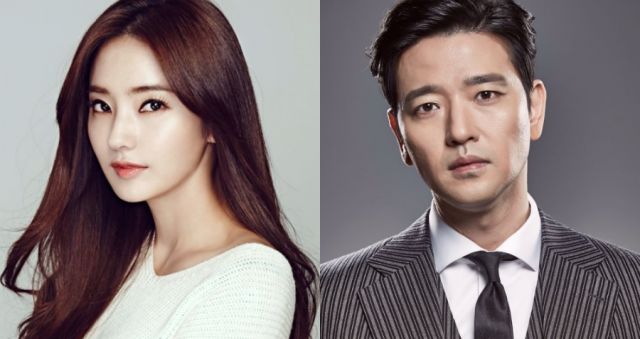 Han Chae-young and Bae Soo-bin will be leading MBC's upcoming weekend human melodrama, "A Pledge to God", which will be dealing with some pretty heavy subject matter. The series tells the story of two married couples who make choices beyond the ethics and morals of this world in order to save their dying children.

"A Pledge to God", which will follow "Hide and Seek - Drama", will be written by Hong Yeong-hee ("Protect the Family", "Love Rides the Song") and its PD will be Yoon Jae-moon ("Blow Breeze", "Happy Home"). Judging by their combined credits they sound like just the crew for such a weekend story, which has a very good title in addition to its interesting premise.

Han Chae-young will be playing anchor, and talk show host Seo Ji-yeong. Her character will reportedly be part of a realistic and strong mother-child bond. Bae Soo-bin will take on the role of elite architect Kim  Jae-wook. While he is the heir to a large construction company, he goes as far as giving it all up, against his family's wishes, in order to protect his child.

While I expect this to go into soapy territory given the creators and timeslot, I can't deny the appeal of the premise. Done well, it can be a great story about the power of parenthood as a driving force, and about how far we are willing to go in order to protect someone we love. "A Pledge to God" will premiere on November 24th at 21:00 KST.