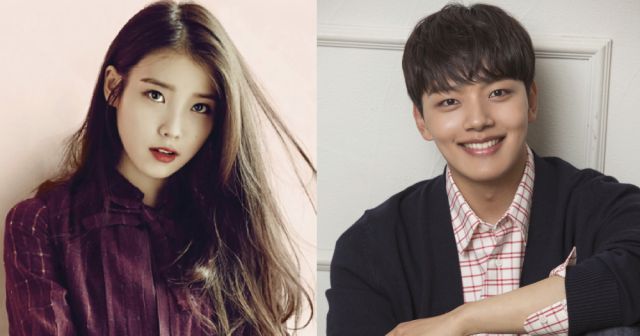 The Hong sisters' next tvN drama, "Hotel Del Luna", has been courting its leads for a while, but the two are finally on board, and we have an approximate release date. IU is leading as the ghostly hotel's ill-tempered, cursed owner, and Yeo Jin-goo leads as the elite hotelier placed in charge of it.

"Hotel Del Luna" revolves around the two running this hotel, a place which seems shabby on the outside, but only reveals its splendor to ghosts. The story about a hotel housing incorporeal guests has reportedly been in the works by Hong Jeong-eun and Hong Mi-ran since 2013, as an early draft of what later became the drama "Master's Sun".

Character information on these leading roles remain largely unchanged. IU is Jang Man-wol, the owner who has committed a great sin in the distant past, tying her to the hotel in a manner where time has stopped for her, making her who-knows-how-old. She seems elegant and beautiful on the outside, but she hides a nasty character underneath.

Yeo Jin-goo's Goo Chan-seong is still a top hotelier with a perfectionist, obsessive personality. One new addition is that he seems rational and cool-headed, but he's actually a doormat with a fragile heart. Chan-seong has managed to soar in his career due to meticulous self-management, which has created his perfect qualifications.

My shaky relationship with the Hong sisters continues, as this is some lovely casting for a premise which is right up my alley. I hope that production goes more smoothly than "A Korean Odyssey", and that the writers are having one of their good seasons. "Hotel Del Luna" will premiere this summer.