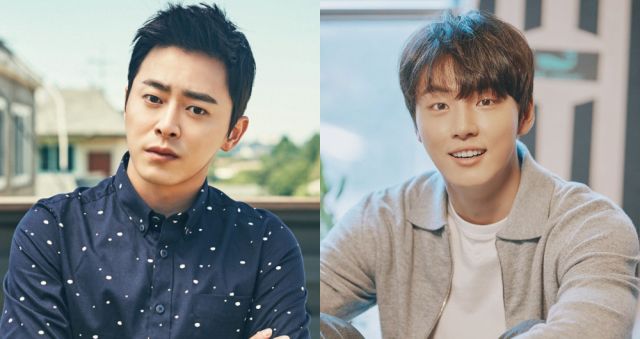 I was just talking about how few turn of the century dramas we get in my "Hymn of Death" piece a few days ago, and now the Dramagods deliver, as actors Jo Jung-suk and Yoon Si-yoon are being courted for period drama "The Nokdu Flower".

Set in 1894, when the Donghak Peasant Movement fought against the Joseon and Japanese army forces in the titular location, The Nokdu Flower, the drama tells the story of two half-brothers who had to fight against each other as a peasant, and as a member of the suppressing allied forces. Prepare the hankies, because I smell a death in the family. Or several, for that matter.

First things first, both actors have denied confirmation, with this being only one work under Jo Jung-suk's consideration, while Yoon Si-yoon is 'positively considering' the offer. If the potential cast sounds fun, buckle up for the creators. Writer Jeong Hyeon-min of "President" and "Assembly" is joined by PD Sin Kyeong-soo of "Doubtful Victory", "Six Flying Dragons" and "Three Days". Now that sounds like a promising combo.

According to the early report, Jo Jung-suk is up for Baek Yi-kang, the elder, illegitimate son of Baek Ga, an infamous and rich government official, and the slave of Baek Ga's legal wife. Yi-kang has a piercing gaze, a wry and cold smile, and a sharp tongue. He gives off the feeling of a venomous snake.

Yoon Si-yoon has been offered Baek Yi-hyeon, the younger, legitimate son of Baek Ga. He is an elite who is preparing for an exam so that he can study in Japan. He is a handsome, eloquent young man with an elegant demeanor and personality. Aside from belonging to the middle class, he lacks nothing.

I wonder if this terrible father will be based on the actual person whose terrible mistreatment of the peasants originally sparked the revolution. This is a part of history I haven't heard about before, so it's a very exciting, new premise for me. "The Nokdu Flower" is set to premiere on SBS in the first half of 2019, so let's hope we get more news soon.