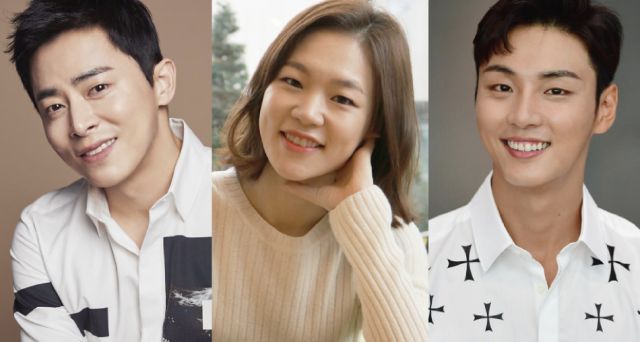 SBS's upcoming sageuk formerly known by the working title "Ugeumchi" is now called "The Nokdu Flower", and it has confirmed Jo Jung-suk, Han Ye-ri and Yoon Si-yoon as its leads. The series tells the story of two half-brothers fighting on opposite sides during the Donghak Peasant Movement.

As previously reported, Jo Jung-suk will play Baek Yi-kang, the elder, illegitimate, and therefore shunned son of an infamous government official. Yoon Si-yoon is Baek Yi-hyeon, Yi-kang's privileged half-brother, and the younger, legitimate son of the same man. Their clashing looks inevitable when considering their status and its individual baggage.

Han Ye-ri joins the two as 'Iron Woman' Song Ja-in, the owner of an inn at Jeonju, and the only child of Song Bong-gil, a powerful local merchant called the 'Godfather of Peddlers'. Ja-in is a smart and meticulous person with a cool and confident charisma that overwhelms her trading partners. She is a bold, steadfast woman who dreams of becoming the best merchant in Joseon.

I would normally worry over a woman dealing with two men and their ego being delegated to the damsel and love interest, but if writer Jeong Hyeon-min's "Assembly" is anything to go by, she is going to be a great character, and a force to be reckoned with. "The Nokdu Flower" will premiere in the first half of this year.