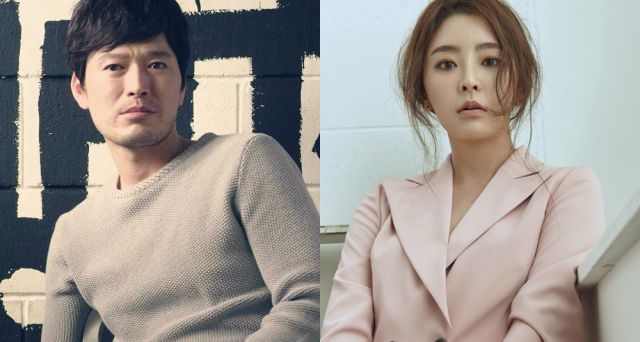 After some back and forth happening between premise and characters, we finally have our hero and heroine for "Partners for Justice", as well as their respective actors in Jung Jae-young and Jung Yoo-mi. Both artists have confirmed their leading roles, joining a cast of supporting characters we'll soon see expanding.

Jung Jae-young stars as Baek Beom, a forensic examiner who has been with the National Forensic Service for 10 years. He is an eccentric genius with a temper, and he believes in the truth hidden behind evidence, not the truth that is immediately visible. He has conducted the most autopsies in Korea, but he doesn't care about living people.

Jung Jae-young has stated that he looks forward to the filming and that he hopes it is fun. Above all, he hopes to stay healthy and finish the series well. He wishes that viewers will anticipate the work.

Jung Yoo-mi plays Eun Sol, a senior prosecutor with the Seoul Eastern District Prosecutor's Office. Eun Sol is a so-called "golden spoon", meaning she was born into riches and privilege, but she is a warm person with an excellent photographic memory and perception. Her heart and dedication to the truth make her a great prosecutor.

Jung Yoo-mi has commented "The script was so exciting, that I couldn't wait for the next one. Because I was cast in such a fun piece, I want to work harder and harder. I will work hard with my fellow actors, so please look forward to it".

So there you have it, folks. The main partners of "Partners for Justice" have been found, and the series will hopefully be the story-focused, purely investigative drama the production has been touting it as, because we could use some of those without a gimmick or forced romance in them.

The drama is written by Min Ji-eun ("Cinderella and the Four Knights", "Seol-ryeon's Story"), directed by Noh Do-cheol ("Ruler: Master of the Mask", "Mother's Garden"), and it will be following "The Great Seducer" in May, on MBC.