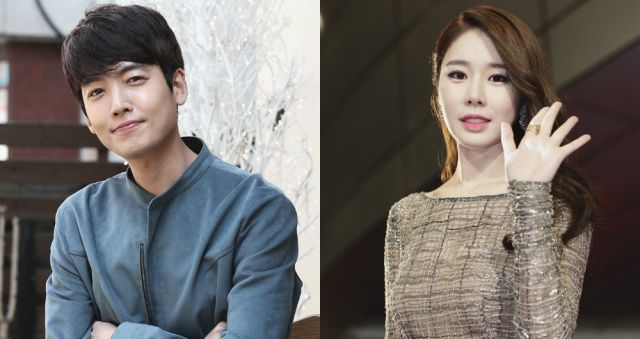 Pray hard to the Dramagods and dust off your on-screen shipping urges, because we might be getting quite the adorable drama OTP. Actors Jung Kyung-ho and Yoo In-na could soon be leading "Touch Your Heart", a romance between a top lawyer and a top actress disguised as a secretary.

"Touch Your Heart" depicts the success and happiness of these two people, who are both very bad at relationships. The series is based on a web novel, and it is directed by Park Joon-hwa of the first two "Let's Eat" seasons, "What's Wrong With Secretary Kim" and more. His participation will likely draw in quite the crowd, along with this being a tvN piece.

Yoo In-na is positively considering the role of Oh Jin-shim/Oh Yoon-seo, an actress whose career has gone downhill following a scandal with one of the nation's top three chaebol. In order to make a comeback through a famous writer's drama, she goes undercover as a secretary to the best lawyer in the country, hence the double name.

According to an exclusive piece by YTN star, Jung Kyung-ho has signed on to play said lawyer, Kwon Jeong-rok. Jeong-rok is a tough, but successful person, and he is the beau of our camouflaged hallyu star. Her "scandals" are just piling on, aren't they? Good on her, I say. Get that Jung Kyung-ho clad goodness! "Touch Your Heart" will follow "Boyfriend" in January.

"[Orion's Daily Ramblings] Jung Kyung-ho and Yoo In-na Up for Romance in "Touch Your Heart""
by HanCinema is licensed under a Creative Commons Attribution-Share Alike 3.0 Unported License.