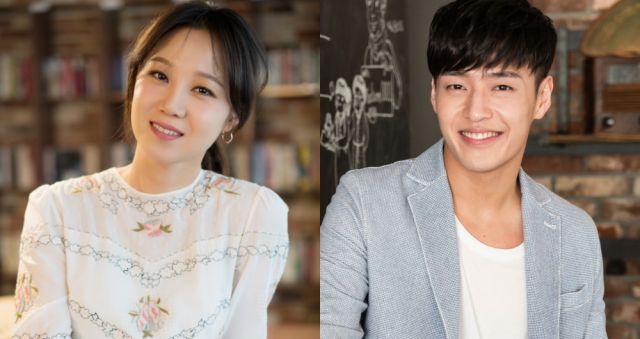 Kang Ha-neul may still be in military service, but his work offers are coming in, and so is news about his potential future picks. After the actor was falsely reported as confirmed to co-lead "When the Camellia Blooms" alongside Gong Hyo-jin, his agency has clarified that it is only one of the offers received for review.

"When the Camellia Blooms" is an everyday, love-is-blind romance about the titular heroine whose name means camellia, and the three men involved with her: a good man, a bad man, and a petty man. Gong Hyo-jin had been considering her offer since September, and her agency has now stated that the actor is in the final stages of coordinating her appearance.

According to the erroneous piece confirming Kang Ha-neul's participation, the genre of the drama will be a romantic comedy thriller, and the actor is up for the role of a friendly neighborhood policeman. He is a lovely country bumpkin and a simple, honest, pure, loyal and brave man. Although he is rustic and rugged, there is a sexiness to him.

"When the Camellia Blooms" will be penned by "Fight My Way" and "Baek-hee is Back" writer, Lim Sang-choon, while rejoining him from the latter is Cha Yeong-hoon, who has also helmed "Are You Human Too" and "Uncontrollably Fond". It will premiere in the second half of the year.

"[Orion's Daily Ramblings] Kang Ha-neul and Gong Hyo-jin Courted for "When the Camellia Blooms""
by HanCinema is licensed under a Creative Commons Attribution-Share Alike 3.0 Unported License.