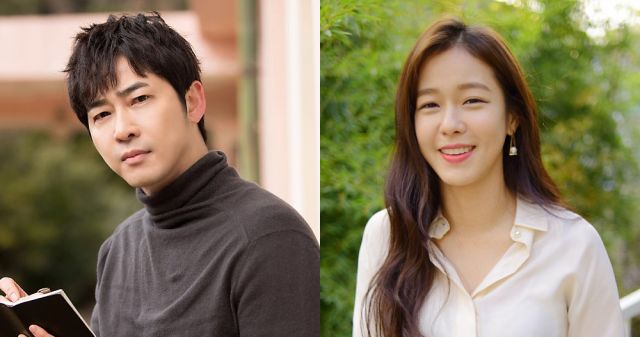 TV Chosun is bringing the time traveling theme back for a spin, and it's currently courting Kang Ji-hwan and Kyung Soo-jin for leading roles. "Joseon Survival" depicts the strong friendship between Jeong-rok, a courier and former national archery athlete, and Im Kkeok-jeong of the Joseon dynasty.

It is a story about these two men fighting for survival and their loved ones, and bonding in the process. Kang Ji-hwan has been offered the role of Jeong-rok, a man from 2019. Jeong-rok is poor, but he has one thing in his life he wants to protect. He reportedly falls into the time slip along with his sister and his first love, whom he reunited with after 8 years. Jeong-rok is a man willing to put his life on the line to protect his time-warped companions in this perilous age.

Im Kkeok-jeong, the drama's other lead, is our Joseon man living in 1562, and he is someone of low birth. He never had anything, and therefore has nothing to lose. The role offered to Kyung Soo-jin is Lee Hae-deun, an emergency medicine doctor at the nation's best university hospital. As a 3rd year resident and the only daughter of a wealthy family, she overwhelms people with her arrogant persona.

"Joseon Survival" will be penned by writer Kim Sol-ji ("Syndrome", "No Limit") and helmed by PD Lee Hyeong-seon ("Always Spring", "Gold, Appear!"). Kang Ji-hwan and Kyung Soo-jin are currently reviewing their offers in a positive light. The drama will be out in the second half of the year, so we have plenty of time for the juicy details.