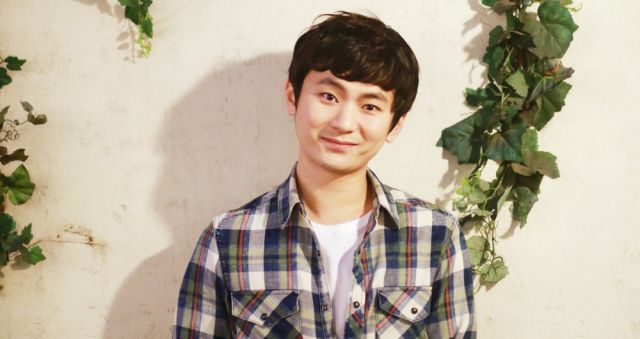 Kang Ki-doong is back as a social butterfly rookie in tvN's upcoming "Romance is a Bonus Book", starring Lee Jong-suk and Lee Na-young. We've already seen the actor attending the script reading, but since it's common for casting and character info to hit news after it, we now we get additional information on his role specifically.

Kang Ki-doong plays Park  Hoon, a marketer who just joined the publishing company where the drama is set. Although he is a newbie, Hoon's naturally bright and friendly character goes a long way in cementing his presence. His energetic mingling and ability to get along with coworkers mean that he is known as an information source, and a mood setter at his workplace.

The actor has been in theater and musicals since 2008, and he has been in a few movies, but his drama career made him a more frequent on-screen presence since "Moonlight Drawn by Clouds" in 2016. You may most recently remember him from "About Time", "Fight My Way", or as adorable prison guard Song Gi-doong in "Prison Playbook". I look forward to seeing him again, which will be on January 26nd, when "Romance is a Bonus Book" premieres.