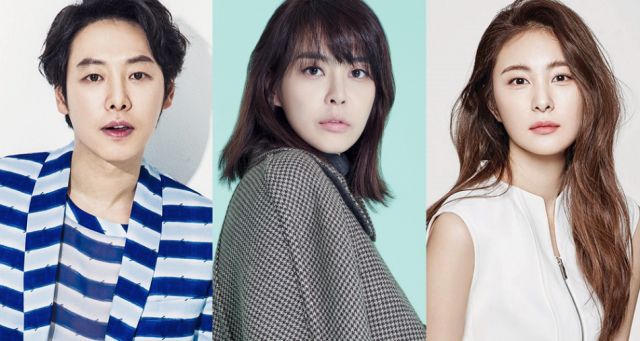 Little has been certain about the fate of "Voice 2" aside from the confirmation of its existence, but it looks like the time has come to get the casting ball rolling. Lee Ha-na and Son Eun-seo are being courted for reprising their "Voice" roles, but news was released yesterday of Kim Dong-wook being up for the male lead role.

The actor's agency has been quick to state that this is only one of the works currently under review, which is basically polite industry speak for "stop jumping the gun". If he does accept, he will be the new male lead replacing Jang Hyuk's Moo Jin-hyeok. OCN has stated that the entire main cast is currently being arranged, so we will also have to wait for confirmation from Lee Ha-na and Son Eun-seo.

I already talked about my thoughts on sequels and "Voice 2" in particular a while back, but Kim Dong-wook is definitely a solid addition. Since the series is happening, we might as well get a trusted presence to replace another. Although it has to be said that the main characters of "Voice" were never its main appeal. I hope that the second season will make some improvements there.

I don't think the series even has a set month within 2018 yet, so for now we hold our horses and wait until someone declines or confirms.