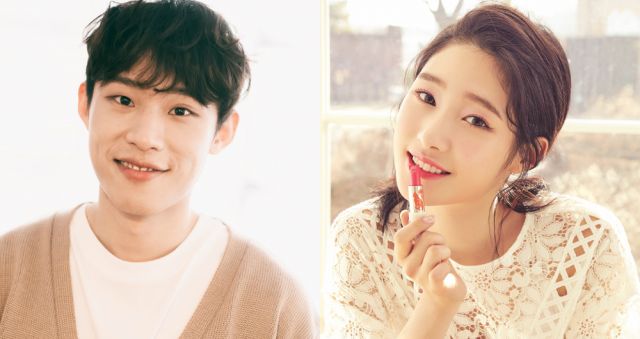 Love and music go hand in hand for upcoming drama "to.Jenny", which has confirmed Kim Sung-cheol of "Prison Playbook" drama-fame, and Jung Chae-yeon as its leads. The two will be using their acting and musical skills for a story of love for people and love for music.

"to.Jenny", which is written by Lee Jung-hwa-II and directed by Park Jin-woo-III, is reported as a new type of music drama, which combines the excitement of a first love with indie music. It tells the story of a man who expresses his feelings toward his first love through his tunes, and a woman who chases her dreams through a challenging life.

Kim Sung-cheol plays the role of male lead Jeong-min, an innocent and pure man who will allow the musical actor to utilize his guitar playing and singing skills for the role. Kim Sung-cheol has commented "I liked Jeong-min's character, who shows the purity of a first love, and the fact that this is combined with music moved me even more. I'm looking forward to showing viewers a unique charm. I will work hard".

Jung Chae-yeon plays the heroine who fights for her goals tried by life's hardships, and by the male hero's unrequited love for her. The actress has commented "It was exciting and meaningful, as this is my first starring role. When it was confirmed, I felt pressure, because this is a music drama. I feel like I should work hard, because I am lacking in many aspects, so I see it as a new challenge. I want to thank the production for casting me despite my shortcomings, and I hope to show the viewers something good".

"to.Jenny" sounds like a potentially sweet music-themed project, and the fact that it tackles indie music, rather than its more glamorous counterparts, is a nice touch that may draw my personal interest as well. The drama premieres on July 10th at 23:00 KST on KBS 2TV.