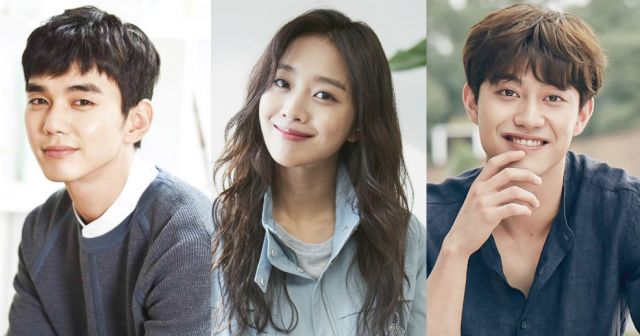 You know what a villain usually means in romantic works, so say hello to the third person in this love triangle, or at least a possessive, revenge-fueled one. I'm still wrapping my head around love sparked out of fire and fury, but I'll get there eventually. Actor Kwak Dong-yeon will be the evil side of this love geometry for "My Strange Hero".

The actor plays Oh Se-ho. To people around him, Se-ho is a good-looking man with a gentle personality, who would have nothing to envy of others. In reality, he is someone who carries trauma related to his mother, and who has inferiority issues against Bok-soo (Yoo Seung-ho).

After getting involved with his classmate during his school years, he turns a new leaf, but ends up meeting the man again as an adult, building their confrontation anew. He'll also be competing with Bok-soo for Soo-jeong's (Jo Bo-ah) affections. I wonder what their belle thinks of their grand man-battle and complexes. Run, miss. Run now!

Kwak Dong-yeon has stated that, since this is a type of character he has not portrayed before, he is holding himself to a higher standard, and is preparing diligently for the role. He hopes that viewers will look forward to the colorful story that the drama will deliver, and to him showing a different side of himself as Se-ho. "My Strange Hero" will follow "Where Stars Land" in December, on SBS.