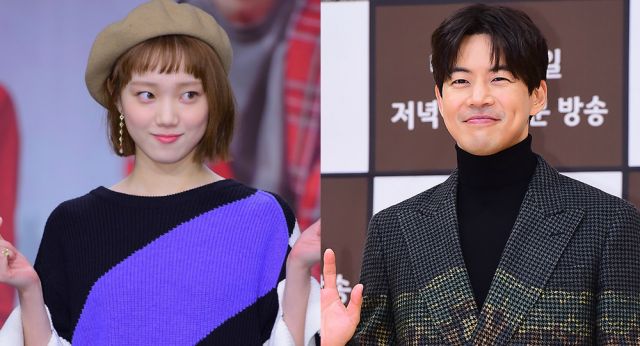 In another case of a drama that slipped right by me, I only found out about the aforementioned "About Time" as I saw this piece of news last night. Lee Sang-yoon and Lee Sung-kyung have confirmed their roles as the leads to this romantic fantasy drama and while you may be rolling your eyes in a "not another time travel one" fashion, you may be as surprised as I was about the premise of this one.

"About Time" is less about moving in said time and more about witnessing and manipulating it. Witnessing it is its heroine, Choi Michaella (Lee Sung-kyung). Michaella is a musical actress with the unfortunate power of seeing people's lifespan. I'm not sure what that entails, but I imagine that seeing the tick tock of a life clock is quite depressing, especially when it's shorter than you would expect or want for a person. When she discovers a man who can "pause" her own lifespan, Michaella does everything she can to have him.

Lee Sang-yoon plays said fellow gifted man. His name is Lee Do-ha and he is the chief of a conglomerate-owned cultural foundation. He's got the looks, the skills and the coolness that impresse others. He's unaware of his ability to freeze Michaela's lifespan, which will surely create a lot of confusion when she aggressively pursues him with a wide range of methods, from the cutesy to the downright threatening.

I wonder why she does, by the way. Does he pause her own life clock or can he pause her ability? Does she just want to live forever and start harassing some poor dude to make it happen or is there more to it? Perhaps his power is to obscure her view of people's mortality, which could very well include her own. Whichever the case, it is a fresh and welcome concept to the good ol' time travel, so that's a plus to the good casting. I think the two actors will be quite adorable together.

Romance-wise, this sounds like a "Master's Sun" type of motivation for her and I'm already worrying about the trampling of consent that may take place. Then again, perhaps the aggressive pursuit will only be an introductory episode type of deal, before the two have an honest talk about how they can help each other without ambushing war tactics involved.

I will be keeping an eye on this one as we learn more about the characters and story. "About Time" is directed by Kim Hyeong-sik, known for dramas such as "Sign", "Ghost - Drama", "Secret Door" and "Twenty Again". It will air sometime in May, following "A Poem a Day" on tvN.