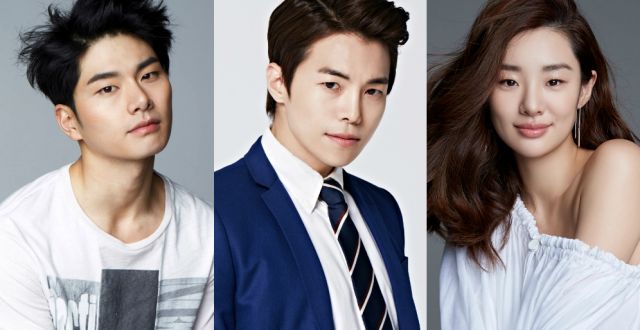 The latest barrage of news and changes in plans for the non-romantic "Investigation Partners" have my head spinning, so like the terrible and petty person that I am, I'm going to take you down with me. The drama's production has been confirmed by MBC, but a lot has changed, and we have a rain of casting proceedings going on.

Originally, the drama was slated as a story about a male prosecutor and a female forensic scientist catching criminals. Jung Yoo-mi was offered the role of Eun-sol, the examiner and pathologist for the National Forensic Service. After the changes, Eun-sol will be the prosecutor. Eun-sol possesses a great photographic memory, and she is hot-blooded and fueled by a sense of justice.

Jung Jae-young is also still considering, but instead of a lawyer, he will be a perfectionist forensic scientist named Baek Beom, whose obsession with work and bad temper put everyone off. The investigative drama will follow the collaboration of the two and others, as they try to find the hidden truth behind deaths.

The production has also explained the title a bit. "Investigation Partners" in its original hangul form refers to a man and a woman, along with a smart word play on their job titles as a prosecutor and a forensic scientist, joined to hint at the investigative method. The drama has been emphasized as having forensic scientists as the core of the story. The production have stated that they want to meet viewers with a work that is accurate and true to its investigative genre, with a heavy focus on story development.

In more news from this revamped show, actor Lee Yi-kyung has been confirmed as Detective Cha Soo-ho, a regular man-beauty who is muscular and manly, but unconventional. Park Eun-seok has reportedly confirmed his role as Kang Hyun, an elite prosecutor, and Eun-sol's boss. He will be leading the antagonist side of things as someone who clashes with Baek Beom (Jung Jae-young).

Stephanie Lee has reportedly also joined, and she will be playing Dr. Stella Hwang. Stella is a researcher and pharmacologist at the National Forensic Service. She's a third generation Korean-American from the Johns Hopkins School of Medicine. Stella is described as a multi-faceted character who is obsessed with concentrating and cataloguing toxic substances. She will join the NFS and work with Baek Beom and Cha Soo-ho. This will be the first work where the actress will use her Korean name, Lee Jeong-ah.

So basically, everything is more or less new, the production is on a casting frenzy, and making sense out of all these different reports has left me drooling over my keyboard half-confused and half-excited. We should be getting clear confirmations, rejections and more character information in the near future, so I'll be tackling the next, hopefully more organized news soon. "Investigation Couple" will follow "The Great Seducer" in May, on MBC.