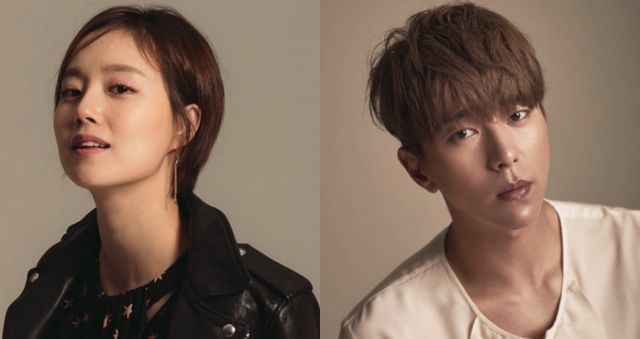 After staying in female lead limbo for a while following Kang So-ra's turning down of the role, "Mama Fairy and the Woodcutter" has found its heroine in actress Moon Chae-won, who will be joining Yoon Hyun-min as the new titular fairy looking for the modern version of that someone special.

"Mama Fairy and the Woodcutter" is a comic fantasy about said fairy; a 699-year-old barista who has lived through the Goryeo and Joseon dynasties while waiting for her husband to be reincarnated. The drama portrays her meeting with the two men she thinks may be his reincarnation, one of which is Jeong Yi-hyeon, portrayed by Yoon Hyun-min.

The drama, which is produced by JS Pictures, written by Yoo Kyung-sun and directed by Kim Yoon-cheol ("Woman of Dignity", "Madame Antoine") is reportedly fully pre-produced and, according to news agency OSEN, it is looking at a release date for the second half of the year on tvN. Other news agencies seem less willing to drop a release date window, so we'll know more later on.

I expressed my concerns over the inspiration for this drama back when it was first announced, but it looks like the series is going for a more modern approach, and the ever so tempting love triangle. Here's hoping that this is a sweet story about finding worthy love.