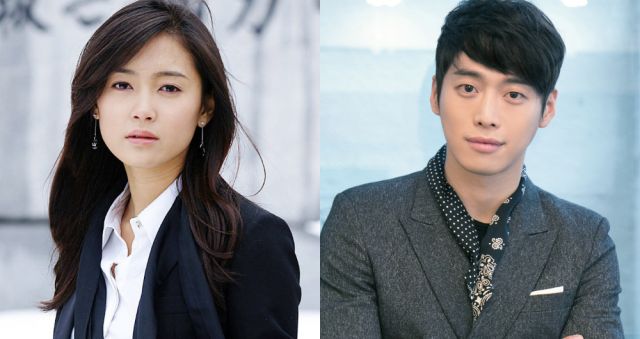 If you get a kick out of the outlandish plots we sometimes see in Korean drama, get ready for what looks like a modern soap with a twist. Nam Sang-mi and Kim Jae-won have joined "About Her", a drama about memory loss and a change of identity. Dramamnesia is back on the table!

"About Her" is the story of a woman who tries to recover the memories she lost following total facial reconstruction surgery. I'm not sure what kind of a hack job erased her memories during cosmetic work, but there you have it. Kim Jae-won will be playing a plastic surgeon specialist named Han Gang-woo, so I wonder if we already have said hack job.

Nam Sang-mi plays the heroine, Ji Eun-han. On her reasons for choosing the role, the actress commented "I was attracted to the dramatic situations and immersive story that cannot be experienced in reality, as well as the character who goes through various emotions while experiencing them".

This being a weekend drama, I cannot yet tell whether it is going for glorious makjang appeal or something fresh, but the creators are telling. Writing this is Park Eon-hee, who has worked on dramas such as "Make a Wish", "Still You" and "Sky High". Re-joining her from the latter two, as well as from "Hanoi Bride" is PD Park Kyeong-ryeol.

"About Her" will follow "Secret Mother" in July on SBS, but I don't think I'll personally be wanting to learn more about her.