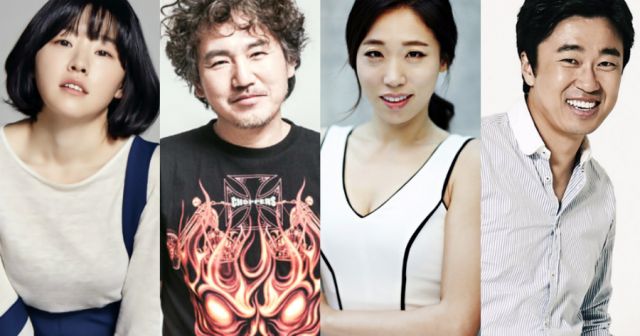 Well, this escalated quickly. I look away for one second, and "Neighborhood Lawyer Jo Deul-ho 2: Crime and Punishment" has run off with half of this industry's supporting darlings. So strap in for this major casting update, which I bring with some basic character info for you, along with my thoughts at the end.

First of all, Lee Min-ji has accepted the role of Yoon  So-mi, previously offered to Kim Sae-ron. Joo Jin-mo-I is Yoon Jeong-geon, So-mi father, and the investigator who used to work with Jo Deul-ho (Park Shin-yang). Seo Yi-sook joins as judge Sin Mi-sook, who is known for her strict treatment of others in court, regardless of whether they are a prosecutor or an attorney. Recent horror darling Jeon Bae-soo is Kang Ki-yeong, a prosecutor who studied with Deul-ho at the Judicial Research and Training Institute, and therefore helps Team Good.

Then come some antagonists. Aside from recently added Byun Hee-bong, Son Byung-ho enters the stage as Baek Do-hyeon, who became a congressman only to enjoy privilege and power. Kim Bup-rae has been offered prosecutor Yoo Chang-ho, who is the embodiment of judicial authority. Once a righteous man of integrity, he became corrupted by money and power. Jung Hee-tae plays prosecutor Park Woo-seong, who is loyal to Yoo Chang-ho. He is an opportunist who believes that money moves the world, and that siding with the right people will grant him a smooth sailing through life.

There's even more, however! Say hello to batch no. 3, the team working with Deul-ho. Choi Seung-kyung plays Kang Man-soo, the office manager who acts like Deul-ho and So-mi's mother hen and butler, taking care of all the office matters and housekeeping. Jo Dal-hwan and Lee Mi-do play power couple Ahn Dong-chool and Oh Jeong-ja. He is a former gangster who cleaned up his act, married Jeong-ja, and now runs a fish restaurant with her. Yoon Joo-man plays Choi Hyeong-tak, a corrupt cop who provides inside information to Deul-ho.

Wow, that's a big'un, but it was hard keeping up with the news. First things first, we have an amazing supporting cast here. This is like a dream ensemble of great actors. Still, "Neighborhood Lawyer Jo Deul-ho" was great for its ensemble as well, so I am saddened to see all of them gone. It just won't be the same.

I'm also fresh from disappointment with "Queen of Mystery 2", which is proof of how no solid cast can help a loss of purpose and a badly made work. Here's hoping, and waiting for the results. "Neighborhood Lawyer Jo Deul-ho 2: Crime and Punishment" will premiere in January on KBS 2TV.