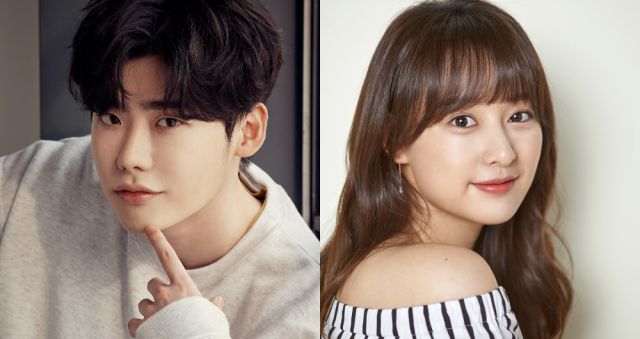 We will sadly not be seeing "See You Again", as the once upcoming Netflix drama courting Lee Jong-suk and Kim Ji-won has abruptly announced the cancellation of its production. These situations are never pleasant to read about, and the reasons will probably never be clear, but the outcome is sadly the same nonetheless.

There was a bit of a kerfuffle surrounding the cancellation, as a staff member reportedly posted on an online community the information that Lee Jong-suk failed to appear at the drama's script reading, effectively putting the blame on the actor. Netflix was quick to clarify, however, stating that they simply did not reach an agreement with the actor, and urging the media and the public to not make baseless assumptions.

Lee Jong-suk's side had a similar announcement. "I never met with the director and production team, as this was simply one of the works under review", the actor commented. Kim Ji-won's agency has also provided the same reason for her exit, stating that she too rejected the offer.

Whatever happened here, the cancellation is nothing surprising. Productions are announced and fall through regularly, as companies are often eager to create hype around them before there are any certainties. It is a shame it happened, but the actors will surely be back with something else soon.