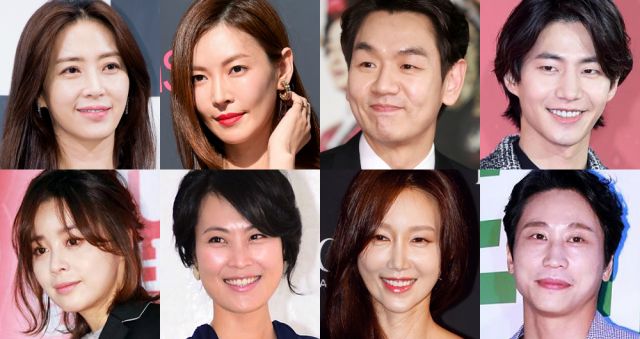 The main bulk of the cast for "Secret Mother" has been completed, and although news has been reporting on things we already know quite a lot, we get some surprising twists this time around, as well as some quick descriptions for the new faces on board. It looks like some of the basics we've known are changing.

Kim Yoon-jin's (Song Yoon-ah) description has been enriched a little, and it explains some of the filming photos I have been seeing on Instagram. Kim Yoon-jin is a full time mother who is absolutely dedicated to her elementary school aged son's education and the reversal of his falling grades. She is a meticulous, thorough planner and always acts according to the program. However, she acknowledges that despite her perfect planning, she lacks the strategy and know-how for the task at hand. Thus enters the education caretaker who will change her life.

Said caretaker, Lisa Kim, has a straightforward and reliable image, as previously described. The change here is that she is actually Kim Eun-young using Lisa Kim as an alias, rather than someone who simply has a Korean and a foreign name. She takes on this identity to find someone who was like a sister to her when they grew up in an orphanage. My question is, if Yoon-jin's very young son is not being prepared for college already, what is "Lisa Kim's" role? Also, if the latter is looking for her sister, how could she be found in that household? Could it be Yoon-jin herself she has doubts about?

Kim Tae-woo and Song Jae-rim's characters do not have new information on them yet, but we have some cast additions. Starring as the "Gangnam Mom" trio are Seo Young-hee, Kim Jae-hwa and Oh Yeon-ah. Seo Young-hee is Kang Hye-kyung, a native of Daechi-dong in Gangnam, which is a very affluent neighborhood. She transforms into a "Gangnam Mom" who is in constant pursuit of culture and perfection. Kim Jae-hwa plays Myung Hwa-sook, a "Devil Mom" who only made it to Gangnam after hitting the jackpot with stocks, and whose goal is putting her child in an international school.

Oh Yeon-ah plays Song Ji-ae, a gorgeous woman who outshines her own child, and wants to raise them to become the best in the world, giving her the title "Desire Mom". Lastly, Min Sung-wook has joined as Jung Suk-hwan, a senior executive at a large company. Due to one mistake, he is essentially separated from his wife, but the two remain legally married for the sake of their children, making them a so called "show window couple" who is only keeping up appearances. My guess is that one of the ladies above is his wife.

I'm curious about these changes and the fact that the cast has so many different upscale mother characters. This is still a womance mystery thriller, but I don't know about its approach and themes. Will it be more on the crime, suspense side, or will it focus on the overbearing nature of rich parents pushing their children too far for a competitive background? Whichever the case, I want to know more, and with the release date being May 12th, SBS needs to get into gear and start promoting "Secret Mother".