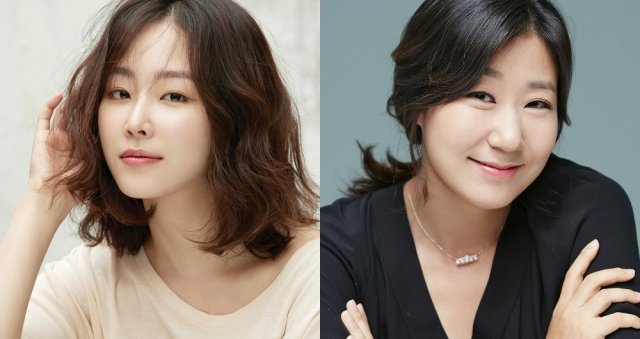 TvN's latest, the newly announced "Black Dog" is joining the 'educational fever' dance of dramas, and it's not fooling around with the casting. The series is currently courting Seo Hyun-jin and Ra Mi-ran for a story following the concept 'for all of us', looking into the real stories of schools from an intimate perspective.

Seo Hyun-jin ("Beauty Inside - Drama", "Let's Eat - Season 3") is being courted to play an inexperienced fixed-term teacher who is one day assigned to a private high school at Daechi-dong, an expensive area known for its obsessive education standards. The actress's agency has confirmed that she is reviewing her offer favorably.

Ra Mi-ran ("Rude Miss Young-ae Season 17". "The Dude in Me") is up for a full-time teacher and the director of the Department of Career Advancement in said private school. Given the way the obsession with academic prowess is perceived by and portrayed in these works, I'm guessing that this is a duo meant to clash.

The social topic of private schools and the elite's obsession with flaunting academic credentials has been a popular topic for a while, from SBS's "Secret Mother" to the success of jTBC's "SKY Castle". School-themed dramas such as "The School Nurse Files" and "Class of Lies" are popping up in different genres, so this work is a welcome addition.