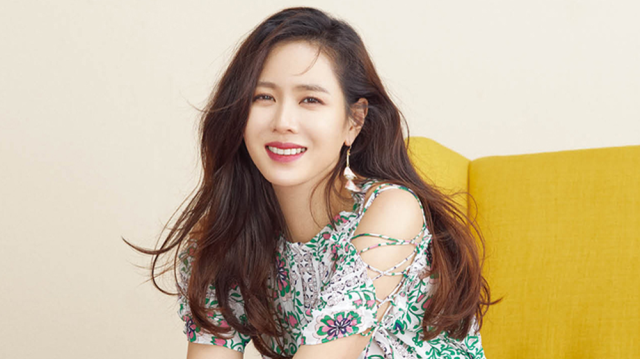 Well, this is certainly a casting biggie! Actress Son Ye-jin makes her return to Korean drama after 5 years, and with "Pretty Sister Who Buys Me Food" being an Ahn Pan-seok work currently courting Jung Hae-in as the man who is about to receive the titular food, pretty much everyone is excited about this in some way or other.

Son Ye-jin will be playing Yoon Jin-ah, a coffee chain store manager whose motto is to simply enjoy life, but who is actually feeling the pressure of being in her 30s and not having achieved much of anything. If Jung Hae-in accepts the role, he will be playing Jin-ah's best friend's younger brother who has returned from overseas. The man comes back a more mature person than Jin-ah remembers and of course romance ensues.

The story is said to be a realistic take on modern romance which will capture the hearts of women ranging from their 20s to their 40s. This is when I start cringing, because Korean drama often has a skewed view of what constitutes fulfilling relationships for this target audience, and when talk of captivating us starts, I expect a more fantasy-escapism focus. That being said, Son Ye-jin has stated its relatable nature as a reason for choosing the work, along with her wish to work with director Ahn Pan-seok in a sympathetic and approachable story. The actress added that she is nervous about her return, but will do her best.

Despite the reassuring nature of her words on the merits of "Pretty Sister Who Buys Me Food", this is one I think I will pass. I have been curious about Ahn Pan-seok's works since my only brush with him during "At The End Of The World", but the premise of his latest does not personally draw me in. Best of luck to the cast and staff and I wish viewers a great time with the series.

"Pretty Sister Who Buys Me Food" will follow "Misty" on jTBC.