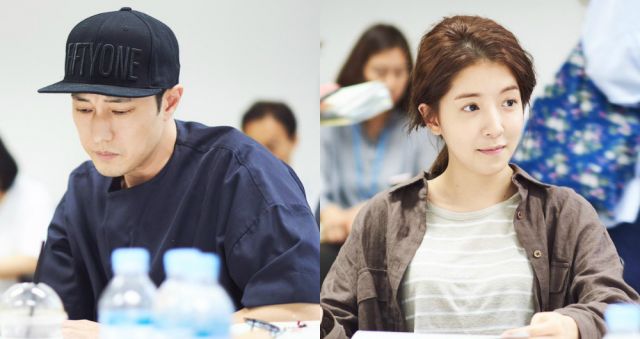 Upcoming spy-themed romantic comedy drama "Terius Behind Me" has held its script reading, and we get some additional information on its cast and two of its guest stars. We also have stills of them entering their roles and giving us a first glimpse into the drama's promotional efforts.

We already know a little about So Ji-sub's Kim Bon and Jung In-sun's Go Ae-rin, but this piece reveals Son Ho-jun as the drama's villain, Jin Yeong-tae, a type of role played by the actor for the first time in a drama. Im Se-mi is Yoo  Ji-yeon, an agent who likes Kim Bon, and Sung Joo is Ra Do-woo, a fellow agent who has a crush on Ji-yeon.

After meeting the NIS (National Intelligence Service) trio played by Uhm Hyo-sup, Seo Yi-sook and Sung Joo, it is time to meet the KIS, which stands for King Castle Intelligence Service. The King Castle apartment building trio are a helpful ally for Go Ae-rin, and they consist of Kim Yeo-jin as Sim Eun-ha, the leader of the KIS and a master of intel and power rival to the actual NIS, Jung Si-ah as Bong Seon-mi, and Kang Ki-young as Kim Sang-ryeol.

Guest stars Kim Myung-soo-I and Nam Gyu-ri also attended the event. Kim Myung-soo-I plays Moon Seong-soo, the senior presidential secretary for national security, and Nam Gyu-ri is Choi Yeon-kyeong, Kim Bon's former lover and a North Korean nuclear physicist. Well, that one has angst and tragedy written all over it, doesn't it? We will get to meet all of these characters when "Terius Behind Me" premieres in September, on MBC. 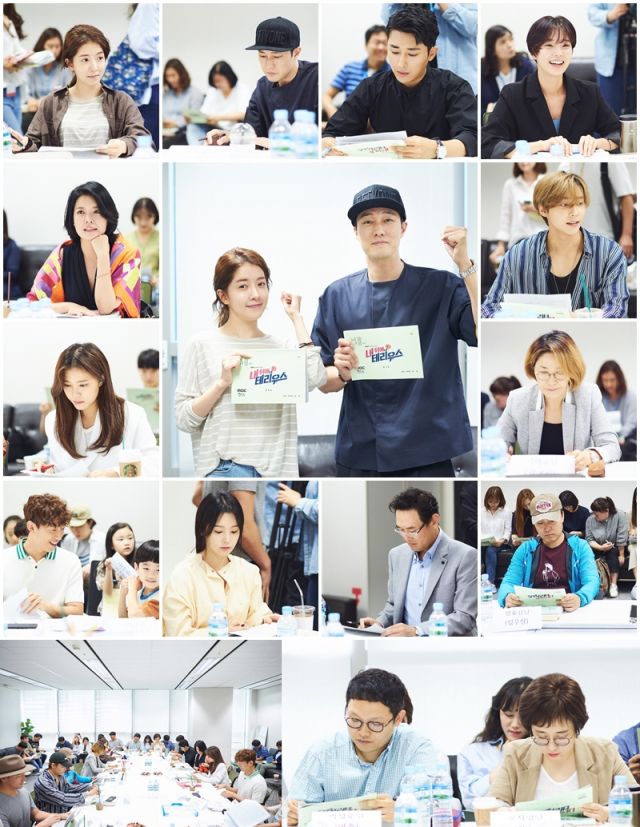 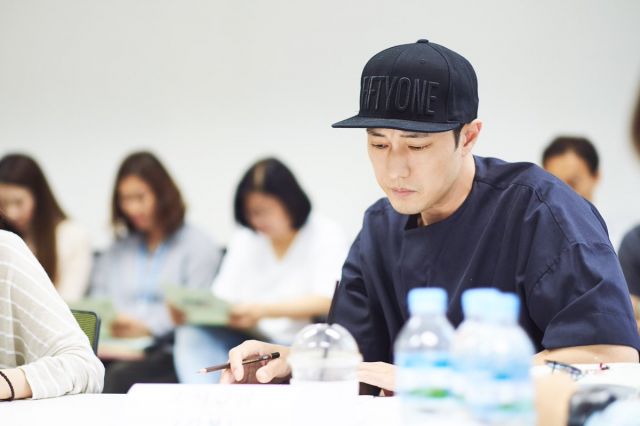 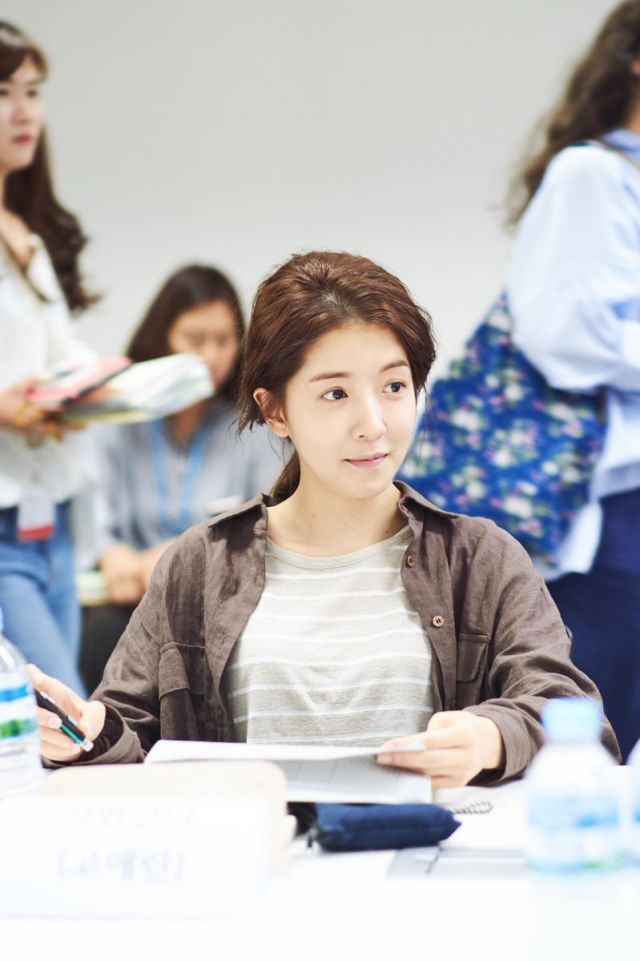 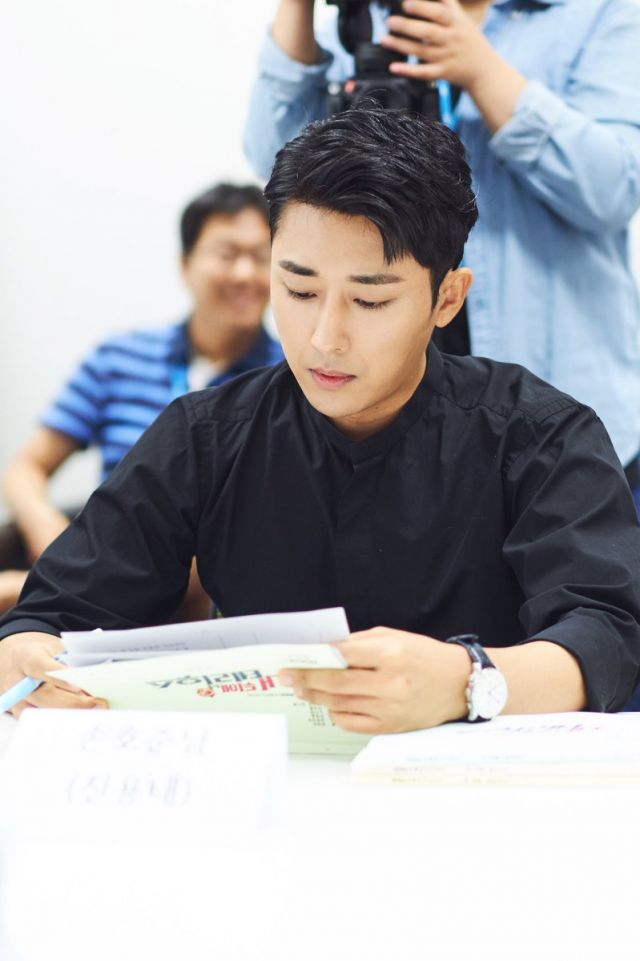 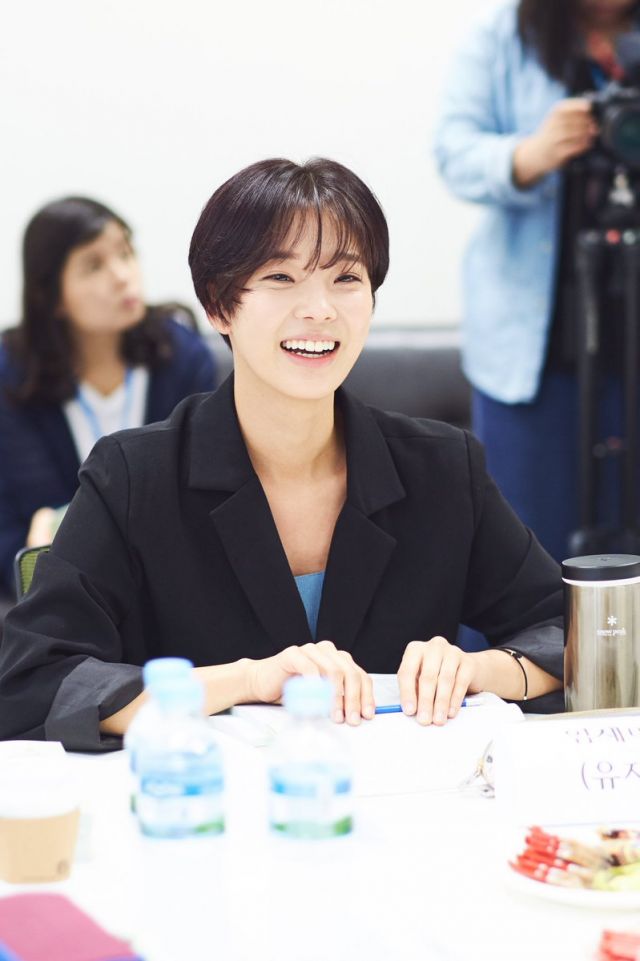