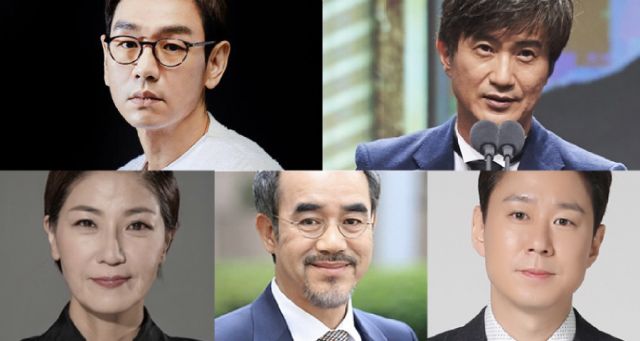 "The Banker" has somehow managed to sneak a preview video in, and its casting game is aggressively impressive. Joining Kim Sang-joong, Chae Si-ra and Yoo Dong-geun are Kim Tae-woo, Ahn Nae-sang, Seo Yi-sook, Kim Kyu-chul and Kim Young-pil. If there was ever a cast full of veteran glory.

"The Banker", which is based on Japanese work "Auditor Nozaki Shuhei", is a financial office drama about fighting for justice against the corruption and absurdity of large banks hoarding money and power. Kim Sang-joong is Noh Dae-ho, the auditor leading this battle against the unjust.

Kim Tae-woo plays the 'special ace' of "The Banker", an elite executive who goes his own way, at his own pace, in order to create a new bank. This puts him in a confrontational position against the main trio. Ahn Nae-sang is the bank's vice president, while Seo Yi-sook plays an executive who dreams of becoming its first woman chief, leading to rivalry with Chae Si-ra's role. The two new characters shake the bank to its core with their corrupt ways.

The three leads are not alone in their battle for justice, however, as we have characters ready to fight on their side. Kim Kyu-chul plays Dae-ho's driver and assistant, while Kim Young-pil is an executive secretary on the side of Yoo Dong-geun's chief. "The Banker" will follow "Spring Turns to Spring" in March on MBC.