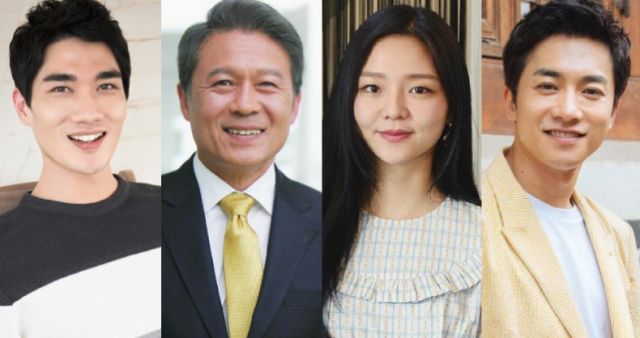 OCN's "Save Me 2" keeps the faith alive, as the Dramagods have brought the previously teased main cast together, and more. Um Tae-goo, Chun Ho-jin and Esom have confirmed their roles, and they are also joined by Kim Young-min in a very interesting character. The news also comes with some changes in previously released character descriptions.

Continuing along the lines of "Save Me", the sequel is about a village falling victim to a cult. Penning the series is fresh writer Seo Joo-yeon, helming it is PD Lee Kwon ("Door Lock"), while Yeon Sang-ho of works such as "Psychokinesis", "Train to Busan" and "The Fake" has joined as a creative advisor, which is really exciting news.

Um Tae-goo is Kim Min-cheol, once a promising judo athlete, now a man going in and out of prison due to his inability to abide injustice. Upon learning that his hometown will become submerged due to dam building, he returns to find that suspicious strangers have taken root. This is when he begins to challenge the reality everyone else has accepted.

Chun Ho-jin is Choi Kyeong-seok (Chun Ho-jin), the very charismatic, approachable man who attracts people with his charm, his eloquence, and his projected benevolence. The villagers are originally suspicious of this outsider, but gradually open up to him. Having gained their trust, he decides to form a religious organization in the village.

Esom is Kim Yeong-seon, Min-cheol's younger sister. Raised in a home with an abusive father, a poor in health mother, and her delinquent brother, she has but one goal: becoming a nurse, and leaving her village as soon as possible. Just when Yeong-seon thinks she is almost out, her brother returns. As her painful past starts crawling back up, our new character, Seong Cheol-woo (Kim Young-min) reaches out to her.

Cheol-woo is the attractive pastor who transforms the village. He enters their lives at Kyeong-seok's suggestion, originally wanting to earnestly convey his faith. However, after witnessing his own power over the villagers, greed begins taking hold of him. This sounds like the season's equivalent of Park Ji-young's Kang Eun-sil, and I hope that he will be equally fascinating. "Save Me 2" will premiere in May, and I can't wait to see its promotional goodies.